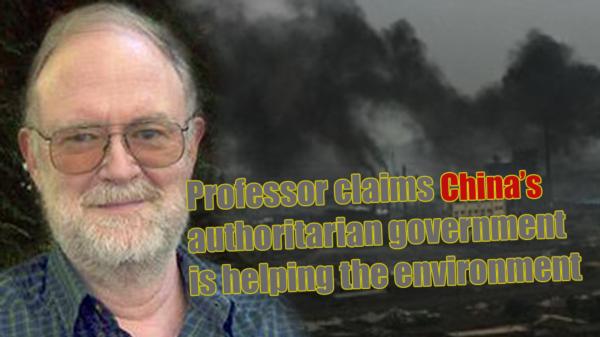 A professor at Grinnell College said that China’s authoritarian government is helping the environment because it does not have to wait for permission before taking action against greenhouse gases.

“Authoritarian governments can make rapid decisions. Sometimes they’re benign, more often than not they’re malignant … but by and large, I think the Chinese government in the last few decades has been very enlightened,” biology professor David Campbell said in an interview with Scarlet & Black, the college’s official newspaper.

“The developing world must realize that it must proceed as ethically as it can, to look out for the welfare of its people, like China is.”

“There’s been a magical transformation of the economy and of the welfare of its people. And it’s been brilliant,” he added. “No other civilization in the history of our species has accomplished so much, so fast. Magnificent.”

Campbell made the comments while discussing his April 23 lecture, “Will China Save the World?”

The professor also called Americans’ use of carbon “grotesquely immoral.”

“The developing world must realize that it must proceed as ethically as it can, to look out for the welfare of its people, like China is,” he said.

The lecture was part of the school’s Earth Day programming.