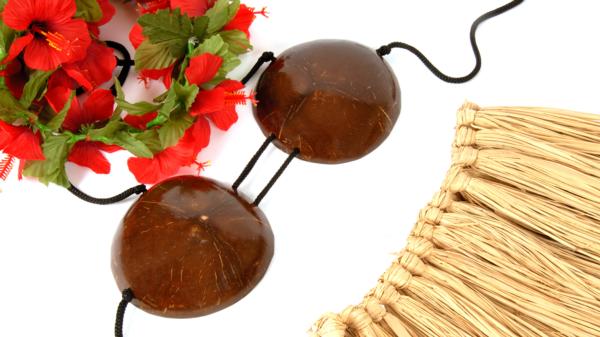 The Phi Gamma Delta fraternity the University of California - Irvine (UCI) has been accused of racism against Pacific Islanders for hosting a fundraiser where students wore grass skirts and coconut bras.

UCI spokesperson Cathy Lawhon told Campus Reform that the charity event has prompted the school to have a “series of ongoing discussions and fraternity leaders” about cultural sensitivity.

“Tell members of your organization to stop wearing our traditional/cultural attires, they don’t know jack shit about its cultural significance.”

“The administration and student affairs is using it as an opportunity to show to fraternities what cultural appropriation is and how they might be more sensitive, to be able to have their week of philanthropy that ends in a social event without offending others,” Cathy Lawhon, a spokesperson for UCI, said in an interview with Campus Reform on Wednesday.

Also involved in the talks are groups of students who said they found the event “offensive,” Lawhon said.

On May 20, Fijian student Save Gasaiwai released a statement claiming that these traditions “hurt marginalized … communities” and “fortify white male hegemonic structures.”

“The fact that an institution of learning and an organization that claims to promote ‘high ethical standards and values’ is tacitly committing an act of cultural appropriation and publicly projecting their ethnographic ignorance should be a cause for concern for everyone,” it states.

The statement, supported by the Asian Pacific Student Association (APSA UCI), includes a list of demands for the fraternity.

“Tell members of your organization to stop wearing our traditional/cultural attires, they don’t know jack shit about its cultural significance,” it states.

The petition also demands that the group change its nickname, Fiji, — which comes from the phonetic pronunciation of the group’s first letter “Phi” and the “G” from the last letter, Gamma — because it is racist.

The fraternity has used this nickname since 1894, but Lawhon told Campus Reform this does not necessarily mean the group should still use it.

“Just because it has been around for decades doesn't mean you expand it into a culturally inappropriate party theme,” she said.

Two other groups have signed the statement: DREAMS @ UCI, which “promotes a safe environment” for illegal immigrants at UCI, and the Hmong Student Association.

The student government also passed its own resolution demanding that Phi Gamma Delta be punished for the event, according to an article in the Daily Pilot, a local news source.

But Lawhon said the school would not punish the students because the event was not a conduct violation.