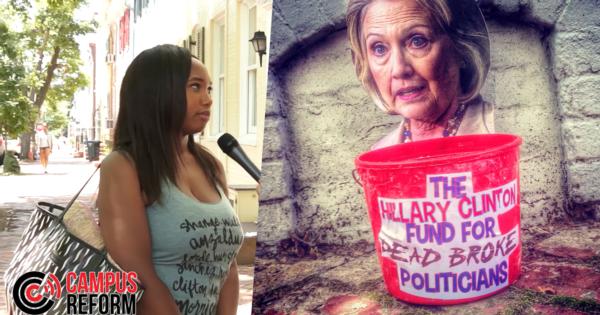 Former first lady, Senator, and Secretary of State Hillary Clinton told ABC’s Diane Sawyer on Monday that the Clintons were “dead broke and in debt” after leaving the White House in 2001.

“We came out of the White House not only dead broke but in debt. Uh, we had no money when we got there, and we struggled to, y'know, piece together the resources for mortgages for houses, for Chelsea's education. You know, it was not easy,” Clinton said.

Campus Reform decided to ask students at Georgetown University what they thought of the former Secretary of State’s claim.

“That is so hard to believe,” said one woman who donated five cents.

As the Clintons left the White House in 2001 Hillary secured an $8 million dollar book advance for her memoir Living History.

Clinton claimed that she was $12 million in debt after leaving the White House. The Washington Post reports that between 2008 and 2012, Bill Clinton received an annual $200,000 presidential pension while Hillary drew a $200,000 salary as Secretary of State.

Hillary and Bill Clinton reportedly have made over $100 million since leaving the White House. 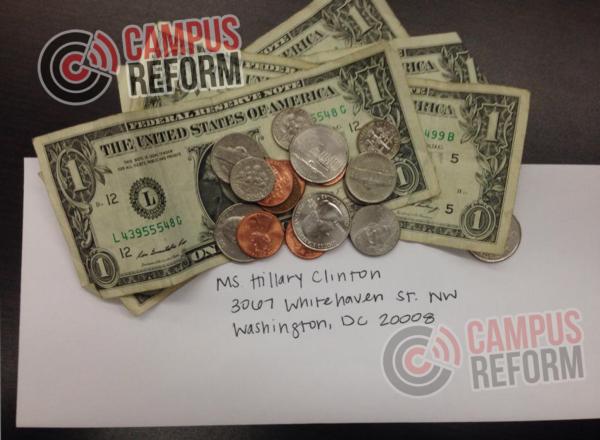 Campus Reform has mailed the entirety of the collected $5.62 to Hillary Clinton’s posh Washington. D.C. residence.