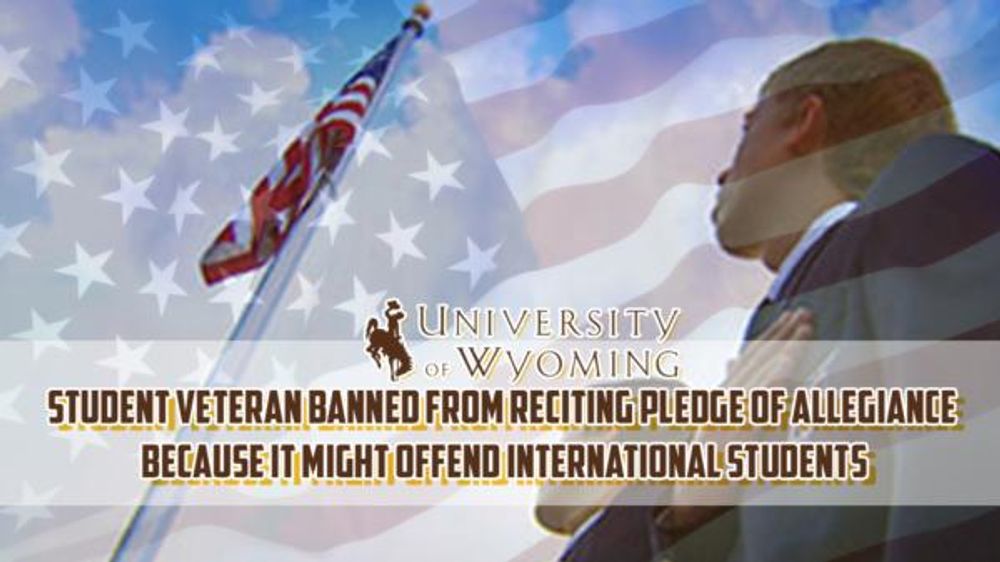 Army Staff Sergeant Cory Schroeder was told by University of Wyoming’s (UW) student government that he would not be allowed to say the Pledge of Allegiance before its meetings because it could offend international students.

Schroeder was newly elected in May as a senator in the Associated Students of the University of Wyoming (ASUW) government to serve for the upcoming school year. He has been in the Army for over six years and completed a tour of duty in both Afghanistan and Iraq.

Schroeder became upset when he realized the meetings did not open with the option of saying the Pledge.

“Multiple senators sat me down and said it was a ‘very touchy subject’ and ‘we don’t want to offend anybody,’” Schroeder told Campus Reform.

According to Robert’s Rules of Order, which the student government follows, time may be taken out at the beginning to say the Pledge of Allegiance. Instead of saying the Pledge, however, ASUW’s mission statement is read aloud, which includes striving for “accurate representation” and “responsible effective leadership”.

Schroeder spoke with ASUW Vice President Ricardo Lind-Gonzales, who allegedly said that he would put the issue of the Pledge on the agenda and that Schroeder would be given a chance to speak about it. However, the issue was subsequently left off the agenda for the remainder of the school year.

Lind-Gonzales allegedly told Schroeder that the Pledge was a sensitive issue that could possibly offend the two international students in ASUW as well as several others who attend the meetings. The U.S. veteran was given the option of writing a bill to allocate 20 seconds at the beginning of the meetings for those who want to say the Pledge.

However, he fears this would be a “long process” in which the “liberal standing committee” would nitpick the bill’s grammar in order to delay it.

“If you look at any constitution that governs a student body, there’s no law, there’s no bill that states you must give 20 seconds to say the Pledge of Allegiance, [and there] shouldn't be,” Schroeder said.

Neither Lind-Gonzales nor other senior ASUW officials responded to requests for comment from Campus Reform in time for publication.

UPDATE: In an email to Campus Reform, ASUW Vice President Ricardo Lind-Gonzales has clarified ‘[t]he Pledge was not left off the agenda due to being seen as offensive.” 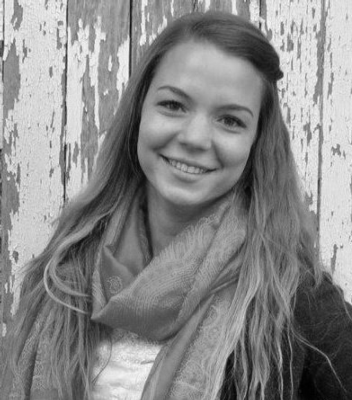