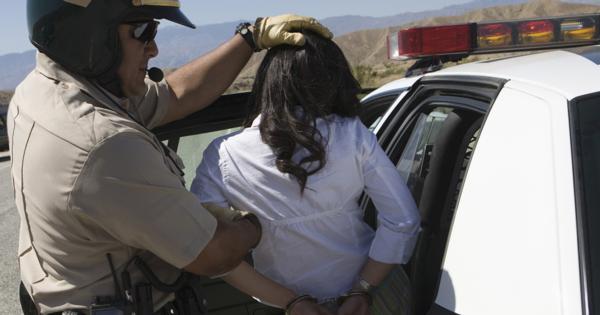 The commonwealth of Virginia has reached a $212,500 settlement with a college student who was arrested and thrown in jail for purchasing water earlier in 2013.

After Alcoholic Beverage Control (ABC) plainclothes officers staked out a grocery store to catch underage students purchasing alcohol, they arrested University of Virginia student Elizabeth Daly when her sparkling water was mistaken for a case of beer. Daly had been purchasing items such as cookie dough and ice cream for a philanthropy event her sorority was hosting.

"Cookie dough and ice cream for a fundraiser should not put you through an extremely degrading night and afternoon in jail."

Campus Reform previously reported that Daly, who was 20 at the time, was with two roommates when officers swarmed her SUV and began pounding on the windows. One attempted to break her car window with a flashlight, while another drew out a gun.

Daly sped off, grazing two of the agents with her SUV in the process, and called 911 in a panic. After she was informed by the dispatcher that the plainclothes individuals were officers, she turned her car around and was arrested.

She spent the night and next afternoon in the local Albemarle-Charlottesville Regional Jail after being charged with both eluding police and assaulting a police officer.

“Rather than comply with the officers’ requests, the subject drove off, striking two officers,” the ABC officers said in a July 2013 statement.

They clarified that “[s]he was not arrested for possessing bottled water, but for running from police and striking two of them with a vehicle.”

In her own statement, Daly said the experience has been a trying one.

“Cookie dough and ice cream for a fundraiser should not put you through an extremely degrading night and afternoon in jail, appearing in court, posting bond, having to pay an attorney, missing school, social and family functions, not allowed to leave the state, causing you endless nights of no sleep, effecting your school work and final exams,” she said.

Daly also added in the statement that, “I personally do not, nor have I ever consumed alcohol.”

While the charges were dropped and her record expunged, Daly filed a lawsuit against the state for $40 million. This Wednesday however, the two parties reached a settlement.

The Attorney General’s office sent released a statement in which Virginia AG Mark Herring said his “goal throughout this case has been to reach a resolution that is just and fair for all parties, including Ms. Daly, the ABC and its agents, and the Commonwealth and its taxpayers.

"After careful consideration of the potentially significant costs of taking this case to trial, I believe we have reached such an outcome,” Herring said.

The settlement does not acknowledge wrongdoing by either Daly or the ABC.

The ABC is one of 12 law enforcement agencies in Virginia, and according to their website, its mission is “[t]o control the distribution of alcoholic beverages; operate efficient, conveniently located retail outlets; enforce the laws of the commonwealth pertaining to alcoholic beverages and youth access to tobacco products”

The ABC did not respond to requests for comment.