Ole Miss email domain is racist according to university administrators 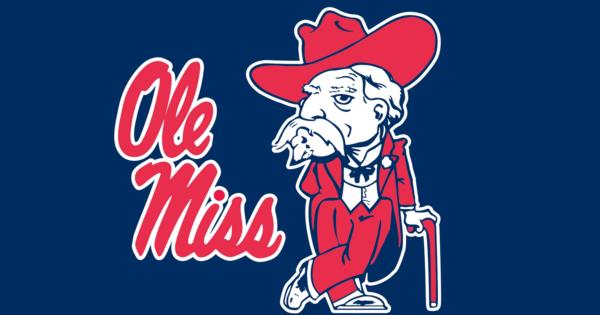 The University of Mississippi—affectionately called Ole Miss—is considering finding “appropriate” ways to use its nickname due to concerns over racism and the university’s history.

According to a report sent to students by Chancellor Dan Jones, they will be changing several aspects on campus to promote diversity, one of which is finding more appropriate ways to use the university’s well-known nickname.

“They viewed the email address as a signal to the outside world that the university is a place that embraces notions of the old south and its historically exclusionary practices.”

The report said that some faculty are “especially” uncomfortable with the university’s historical nickname, which can be traced back to slaves using the term to refer to planters’ wives and daughters, according to the Associated Press.

“UM’s longstanding nickname is beloved by the vast majority of its students and alumni. But a few, especially some university faculty, are uncomfortable with it.” Jones said in a statement. “Some don’t want it used at all and some simply don’t want it used within the academic context.”

“If I could do one thing, the place would never be called Ole Miss again,” Charles Eagles, a history professor at the university, told the New York Times in February after a statue of the school’s first African-American student was vandalized by two fraternity students.

The report, obtained by Campus Reform, stated that “faculty, staff, and students chafe” at the fact the school’s official e-mail domain is olemiss.edu and not UMiss.edu.

“They viewed the email address as a signal to the outside world that the university is a place that embraces notions of the old south and its historically exclusionary practices,” the report said.

Though the report conceded that “[s]ome see the nickname of ‘Ole Miss’ as a kind of glue that binds people together,” it argued that the nickname “cannot carry the weight and gravity of the state’s name or convey the seriousness of purpose that an important institution of research, healthcare, and social mission deserves.”

“Building a dialect version of 'old' into an institution that is built to prepare for the future strikes them as inherently problematic,” the report said.

Jones said that the university’s nickname and more formal designation “will be used in appropriate contexts going forward.

Several areas on campus will be also be re-named in the push for sensitivity and respect. Confederate Drive, a popular road that leads to “Fraternity Row”, will be renamed to Chapel Lane. And Coliseum Drive will now be named, Roy Lee "Chucky" Mullins Drive, in honor of an African-American Ole Miss football player who became a quadriplegic after suffering an injury on the football field.

The report blamed the Greek system for many of the racial tensions on campus.

“Students told us that the proverbial elephant in the room was the Greek system,” the report says. “A number of students believe that the traditional fraternities and sororities serve as attractors, incubators, and protectors for students wedded to the symbols and beliefs of the South’s racist past.”

Not all students received the report positively. Ole Miss student Emma Jennings published an open letter questioning whether the steps the school is taking truly are creating a higher level of diversity.

“In your report, you discuss the implications of the nickname ‘Ole Miss,’ and whether or not students and faculty should continue to use this nickname in professional settings. What real impact will come of this? Does changing our email address URL from ‘olemiss.edu’ to ‘umiss.edu,’ promote diversity? Or does it suggest that we are a school that is ashamed of itself and ashamed of its past?” Jennings asked.

“While the University of Mississippi has a history that we may not be proud of as modern Americans, the best approach is not to do what we can to erase the past,” she wrote.

Jennings, who is also a member of Alpha Omicron Pi, was insulted by the report’s emphasis on the University’s Greek life.

“As an Ole Miss student, a global ambassador, an ASB Senator, and an active member of my sorority, being referred to as a girl ‘wedded to the symbols and beliefs of the South’s racist past’ simply for being a member of a Greek organization is both offensive, false, and, to be frank, it is hypocritical of the University of Mississippi to post such comments in a report trying to promote diversity.” she said.

“Because of the actions of three fraternity members last semester, the entire Greek community is now subjected to the scolding looks of faculty, administration, and every non-Greek student. How does that promote diversity?”

The university incorporated the nickname in 1896 with the school yearbook, “The Ole Miss Annual.”

This isn’t the first time Ole Miss has been asked to change details of their University. In 2010, the mascot Colonel Reb was changed to the Rebel the Black bear and the university discontinued the use of “Dixie” by the marching band at football games.