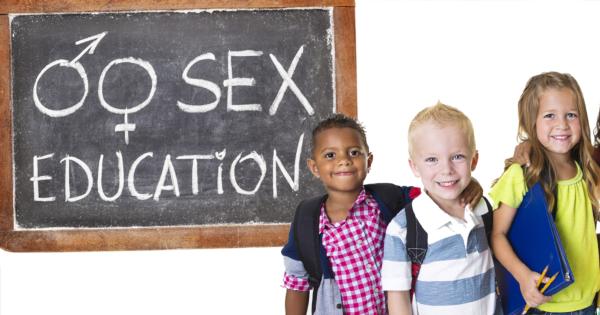 Georgetown University has released a study that suggests it is a necessity for children to learn about sexual health as early as ten years old.

Those involved in the study suggest that it would help avoid unintended pregnancies, maternal deaths, unsafe abortions, and sexually transmitted infections because the “very young adolescents” would be exposed to these potential dangers at an age when their sexuality and gender identity begin to emerge—said to be ages 10-14.

"Adolescents in all cultures and every social status are learning at 10, 11, 12 how to match up to gender roles and expectations for them."

“If programs…are implemented at a time when adolescents are still malleable and relatively free of sexual and reproductive health problems and gender role biases, very young adolescents can be guided safely through this life stage, supported by their parents, families and communities,” the study’s authors suggest.

The authors argue that kids are susceptible to experimentation during this four year span of developing sexual and gender identities, which could result in them taking unnecessary risks unless they are properly trained. The study also suggests that current programs either encourage abstinence-only solutions by telling teens sex is dirty, or the programs aren’t tailored to this key age group, thereby making these solutions ineffective.

“Since early adolescence marks a critical transition between childhood and older adolescence and adulthood...targeted investment in VYAs [very young adolescents] is imperative to lay foundations for healthy future relationships and positive SRH [sexual and reproductive health],” the study says,

According to a recent report from the Center for Disease Control and Prevention, most American teens are already sexually active before they receive formal training, partly due to the lack of implementation of US policy to enforce and require a national standard for sex ed classes in public schools.

“The implications are so clear,” Victoria Jennings, the director of the Institute for Reproductive Health at Georgetown told the Chicago Tribune. “Adolescents in all cultures and every social status are learning at 10, 11, 12 how to match up to gender roles and expectations for them.”

Jennings feels that initiating kids into sex ed at the early age of ten would allow them time to develop self-esteem and healthy expectations for themselves.