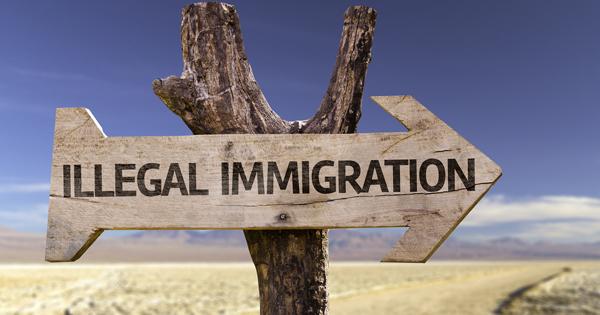 Virginia Tech has rescinded funding from a conservative student group after it hosted an event on illegal immigration.

Va. Tech’s Young Americans for Freedom (YAF) chapter last month hosted Bay Buchanan, a political commentator who served as the youngest U.S. Treasurer under Ronald Reagan, to speak about immigration. According to Va. Tech’s student newspaper, the event was advertised with fliers calling the event, “Alien Invasion: How Illegal Immigration is Hurting America.”

“This combination of language and imagery is offensive, insensitive and a blatant act of disrespect towards the immigrant community and the Virginia Tech community at large,” the Latino Association of Student Organizations (LASO) said in a letter obtained by Va. Tech’s Collegiate Times.

LASO said the fliers violated the university’s Principles of Community, including the principle of “the common humanity.”

Since then, Lauren McCue, chair of Va. Tech’s YAF chapter, has said the Student Budget Board has told her that her club will not be receiving funding for the next two semesters as the immigration event “violated the principles of community.”

Mark Owczarski, a university spokesman, told Campus Reform that the decision to pull funding from the group was “entirely in the hands of students and based on their internal policy.”

Owczarski said the Student Budget Board felt “misled” by Va. Tech’s YAF chapter as it was given funding to “support a leadership development program” whereas the group “mounted a program on immigration policies with Bay Buchanan as speaker” instead.

“University administrators were not involved in the student decision making, other than to advise the [Student Budget Board] not to take actions based on the content of a program,” Owczarski said in the statement. “Rather, [the Student Budget Board] felt deceived by YAF and elected to act on their policy to deny future funding based on policy guidance.”

But Buchanan said that her talk was exactly about that—leadership.

“I talk about a controversial issue and explain how to debate,” Buchanan told Campus Reform.

She said her discussion encouraged students to talk with people who may disagree on certain topics as it’s about “being courageous, not just conviction.” Buchanan described the energy of the event as “animated, energetic, and respectful.”

“It’s exactly what one would expect to find on a university campus,” she said of the dialogue from the event.

According to YAF’s national blog, McCue said that Va. Tech’s chapter planned to host a series of events for Freedom Week Nov., 10-14, but the events were ultimately cancelled. The group planned to tear down a mock Berlin Wall and students were told they would need to obtain the proper insurance as any kind of flying debris could be detrimental to passersby.

“How do we know that you will actually tear down a mock Berlin Wall and not focus on the Israeli-Palestinian conflict instead,” the Student Budget Board allegedly asked McCue.

“I'm disappointed in Virginia Tech for being intolerant toward conservatives,” McCue told YAF in a statement. “I feel discriminated against for speaking my mind and standing up for what I believe in as the chairwoman of my Young Americans for Freedom chapter.”

The Foundation of Individual Rights in Education (FIRE) has given Va. Tech a “yellow light” rating.

“Yellow light colleges and universities are those institutions with at least one ambiguous policy that too easily encourages administrative abuse and arbitrary application,” FIRE says.