Campus Reform | Abortion doc: 'We have to get over the love affair with fetuses'

Abortion doc: 'We have to get over the love affair with fetuses'

In an hour long talk to Princeton University students, abortion doctor Willie Parker admitted to being willing to give abortions at 27 weeks during a lecture on reproductive justice to the Woodrow Wilson School of Public and International Affairs on Wednesday, Feb. 18.

Parker is one of two doctors who travels to Mississippi to perform abortions at the state’s sole remaining abortion clinic. He compared himself to Star Trek and overcoming the final frontier - providing abortion care.

Part of being on the front line, according to Parker, involves recognizing the need and continuing the message hoping people will pick up and join the mission, much like the fight against Ebola.

The lecture, “Going to Mississippi: If I Don’t, Who Will? The Pursuit of Reproductive Justice,” was open to the public. Roughly half of the audience consisted of students, according to Princeton University student Brandon Joa.

The event was publicized on the university website, the WWS’s Twitter account, in emails sent to students, on posters, and in the campus newspaper. Posters said that Parker was on “the pursuit of reproductive justice” and praised him for his “leadership and courage.”

During his lecture, Parker claimed he went to Mississippi to help women gain accessibility to abortion. Parker stated that liberalizing abortion is safeguarding a woman’s right to choose how to live her life.

Parker attacked opposing viewpoints claiming they inaccurately frame abortion as something it is not.

“We have to get over the love affair with fetuses and love women and children,” Parker told Princeton students.

Parker continued to attack opposing ideas during the question and answer session.

After a female student stood up and admitted to having an abortion, Parker applauded her courage and and told students, “you can never know what you’ll do until you’re in the situation.” He encouraged students to end the stigma and shame surrounding abortion, declaring that having an abortion was nothing to be ashamed about.

“Parker was perfectly amiable in his outward demeanor, but his manner of answering questions demonstrated extreme intolerance of pro-life activists,” Princeton student Zach Horton told Campus Reform. “Among the many softball questions, only one side really had the floor, barring our four questions [of opposing viewpoints].”

Prior to the lecture, Princeton College Democrats sent an email to its members, obtained by Campus Reform, that “members of the College Republicans and Anscombe Society are planning on attending en masse and monopolizing the Q+A portion of the event with disrespectful questions, as they did with the Kathleen Sebellious [sic] talk yesterday.”

“It would be great for some progressive students to be there and show our support for women's reproductive freedoms and for Dr. Parker's advocacy.” 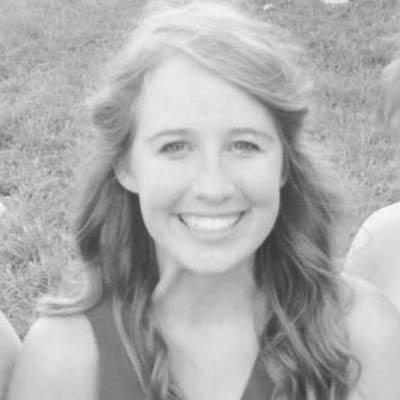