MSNBC host: I hope Trayvon Martin 'whooped the s**t' out of Zimmerman

Sterling Beard Director of Journalism Training @SterlingCBeard on Feb 25, 2015 at 11:15 AM EDT 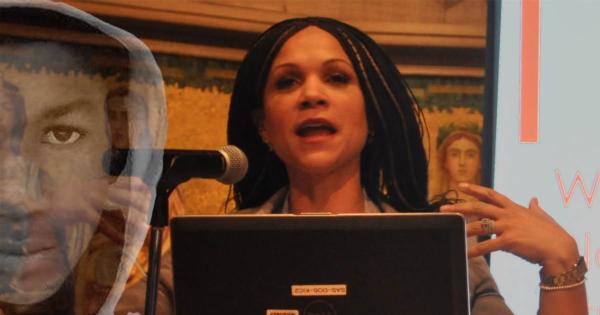 MSNBC host Melissa Harris-Perry said Monday that she hoped that Trayvon Martin “whooped the shit out of George Zimmerman.”

The event, which was first reported by The Cornell Review, was titled “We Can’t Breathe: The Continuing Consequences of Inequality,” and was meant to serve “as a thought-provoking reflection on contemporary race relations and the role the teachings of Dr. King should play today,” according to the Review.

The Justice Department announced yesterday that there would be no federal civil rights charges against Zimmerman for the fatal shooting of the Florida teen, citing "insufficient evidence."

The talk took place in the university’s Sage Chapel and had an audience of roughly 250 people. Harris-Perry reportedly used a fair amount of vulgarity in her speech, which Review Editor-in-Chief Casey Breznik said better resembled “an hour-long comedy routine.”

During her talk, which she began by taking a selfie, Harris-Perry declared her view of democracy—namely that it “is for losers”—to be “hot shit,” said Dr. King was “the one great voice, like Beyoncé”, and cracked jokes about the Tea Party, George W. Bush, Southern black culture, and the weather.

She also said she would “be down with lower taxes” because of the income she gets from her speaking engagements.

Harris-Perry closed out her talk by speaking on the need for “black bodies” to become artists, noting that Selma, a movie about MLK's march from Selma, Alabama to Montgomery, was only nominated for one Academy Award.