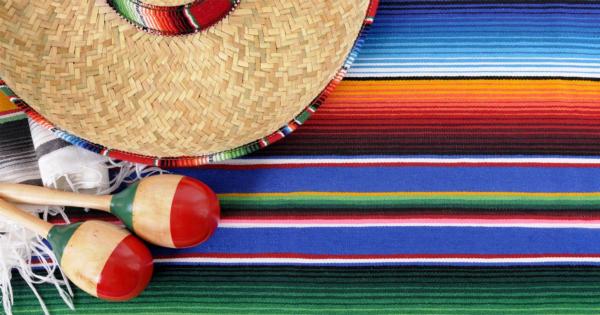 As reported by The Quinnipiac Chronicle last week, senior Political Science major Lexie Gruber posted on Facebook and twitter that the Kappa Alpha Theta advertisement for its “Queso for CASA event” featuring a pair of maracas upset her for its cultural insensitivity. The event wasaimed at raising money for Court Appointed Special Advocates (CASA), an organization that aids foster children going through the court system.

"The reason was I was offended, it wasn’t just because of the ad, no rational person would be offended because of maracas."

Gruber saw the ad on her Twitter feed and tweeted “Philanthropy with a side of cultural appropriation and stereotypes. So shameful.” The tweet spread and led to the organizers cancelling the event.

Gruber also posted on the Facebook page of Carly Hviding, a Kappa Alpha Theta member and the Quinnipiac Student Government Association’s Vice President for Public Relations, telling her that she supported the philanthropy, but “ask that you respect the culture of others and do not appropriate it in stereotypical and offensive ways. I don't mean any harm; just want to point that out."

Gruber, who is a former foster child herself, advocates for foster children and has testified before the U.S. Congress and the Connecticut State Legislature. She pointed out that as a foster child she had to find home placement with the assistance of a CASA worker, so she is in support of the charity, just not the event using cultural themes.

“The reason was I was offended, it wasn’t just because of the ad, no rational person would be offended because of maracas. It hasn’t been just about the symbols on the posters. The event in the past years, they have been dressed up as Mexican people, wearing ponchos and sombreros. I just didn’t understand, why race had to be a theme,” she told Campus Reform. “Race shouldn’t ever be a theme, would they sell Chinese food and wear Asian conical hats? I don't think race or ethnicity should ever be themes. These are very important to people.”

The national Kappa Alpha Theta cancelled the event immediately and the Quinnipiac chapter expressed its regret on Facebook for the poster and event.

“It was never our intent to hurt anyone and so our sisters have decided to cancel the event in its entirety. We make a stand to not tolerate discrimination and therefore will look to raise funds for our philanthropy in a more tasteful way for all to enjoy,” the Quinnipiac chapter wrote.

As reported in the Quinnipiac Chronicle, Kappa Alpha Theta President Julia Gonsalves thought canceling the event was in the club’s best interest.

“We are leading women of the community and on campus and it was in our best interest to cancel the event. We don’t stand for discrimination and we wanted to cancel it [Queso for CASA] and revamp it so that it will not be offensive to anyone on campus.”

Lauren Beardsley, a Kappa Alpha Theta member and the president of the PanHellenic Council, said she never thought about how using the maracas on the poster could be culturally insensitive until Gruber pointed it out.

"We are going to see what we can do to further understand these cultural differences within our community and maybe bring in some sort of a speaker of programming from it," Beardsley said. “Of course it’s so upsetting at first, but you have to find a way…to get something from it because otherwise if it happened it would be so pointless and awful.”

Gruber faced backlash from some students at Quinnipiac, but told Campus Reform that the members of Kappa Alpha Theta never attacked her for her remarks.

Gruber seemed blown away at how her Facebook comments and her tweets had caused such a controversy.

“I don’t think cancelling the event was reasonable. I think everybody was outraged, that [Queso for CASA] was cancelled. Everybody thought I had gone to the school to get it cancelled. I didn’t, I just sent out a Tweet, only had roughly 100 followers so I didn’t think it was going to go anywhere. I hope that this blows over, first of all it was never racist, it was just culturally insensitive,” she told Campus Reform