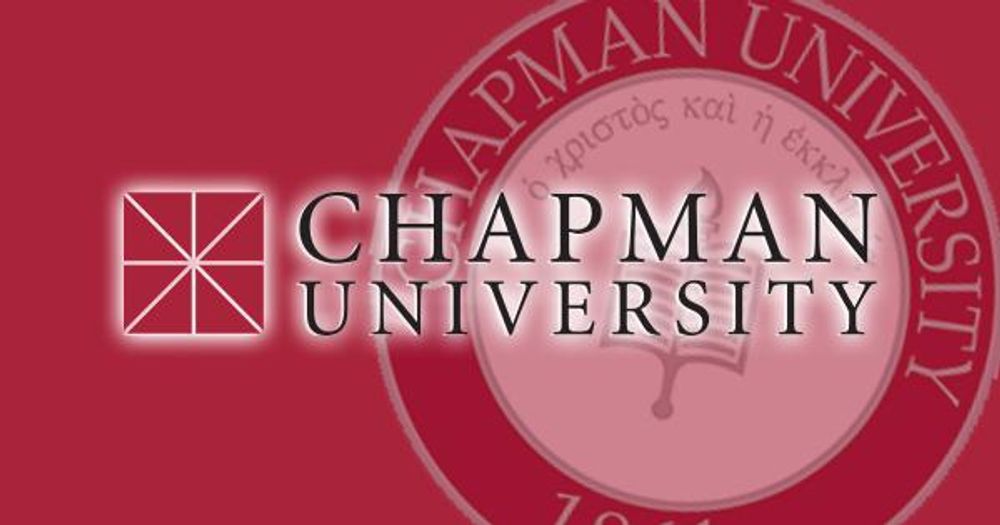 A group of students at Chapman University in Orange, California, is advocating a set of reforms which it says will make the campus more aware of, and capable of handling, hate crimes.

Earlier this month, The Student Review defaced busts on campus of well-known figures such as Ronald Reagan, Ayn Rand, and Margaret Thatcher by covering them in caution tape and posters accusing them of hate crimes.

According to the group’s newest flyers hung on the same statues, “The [first] signs exposed the ugly truths of historical figures that students idolize without analysis because of a biased education.”

Since none of the statues were damaged, Student Review argues, they did not actually vandalize them.

Chapman Dean Jerry Price even tweeted on April 9, voicing a defense of the protesters’ freedom of speech despite their disregard for university advertising policy.

Just to be clear: students are allowed to put the displays on the campus busts for a few days – please do not remove them! Thanks – jmp

"Because the statues in question were not vandalized, but simply have signage placed on them – and although University policy states that all signage on campus must be authorized – the University administration acknowledges the students’ right to express their views and will allow the signage to remain until the end of the week, when staff typically remove unauthorized or outdated signage on campus," Mary Platt, a Chapman University spokeswoman, previously told Campus Reform.

New signs were recently posted without the caution tape and explained The Student Review’s inspiration, goals, and demand.

The group claims to have been inspired by students at the University of Cape Town in South Africa who successfully protested against a Cecil John Rhodes statue because he stood for “colonialism”, “imperialism”, and “racism.” Their protest, which began on March 9, resulted in the removal of the statue a month later.

Likewise, The Student Review aims to increase diversity amongst the busts by including people of color, women, and non-conservatives.

As part of a multicultural fair hosted by a variety of student organizations on April 14, students led a silent march across campus, some with their mouths duct taped and wearing “Am I Chapman?” shirts. At the end of the march, students gathered for an open forum about diversity and hate crimes.

“I came here to show support,” Student Government President Chris Im said in an interview with the student newspaper, The Panther. “My job is to make sure everyone’s voices are heard. This is a great way of showing the school what happens when you stir the pot. These people want to have a conversation. I don’t know if they will get everything they’re asking for, but it’s a good cause and I am proud to support it.”

“I think it went really well, people came out, they said what they had to say,” Jasmine Johnson, senior and director of social programming of the Black Student Union, told The Panther. “There was a little bit of heckling, a little bit of laughing, that’s why I got up there and said, “we need to be respectful of all opinions, because that’s what we’re asking for.’”

Not all students felt included in the discussion. According to The Panther, Rex Cohen, a sophomore communications studies major said that the rally wasn’t welcoming to differing opinions. “If they were going to try to start a debate, you would think there would be both sides of an issue… So in terms of starting a debate, I think the people who started this completely failed,” Cohen said.

“These actions are not bringing positive change to our campus. Instead, I believe that they serve only to divide and polarize our students and faculty,” he wrote in a guest piece for The Panther.

The Student Review’s caution tape and original signs were supposedly taken down by fellow students within 10 minutes of being hung.

Cameron Gelinas admitted to removing the original posters and claimed to be “stand[ing] up for the truth.”

“In general, I believe that the terms racism, classism and homophobia are thrown around to the point where they are losing their meaning,” Gelinas said. “I believe that Chapman does not have these problems. Chapman is a school that is predominately [sic] white. That does not make us racists.”

On The Student Review’s Facebook page, some posts suggest there will be more protests and rallies throughout the coming weeks.