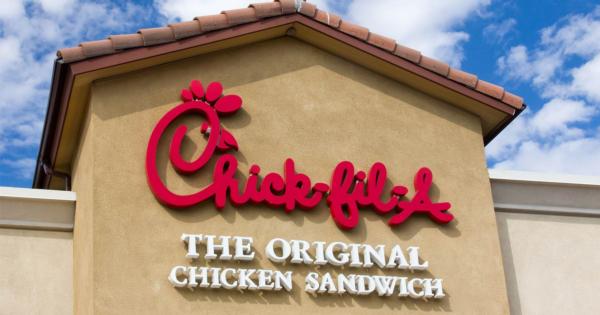 The Johns Hopkins University Student Government Association (SGA) has demanded the university consider “non-discriminatory alternatives” to Chick-fil-A because it believes the chain’s support of traditional marriage is a “microaggression.”

Despite the absence of any administrative plans to bring Chick-fil-A to campus, JHU’s Student Government Association issued preliminary demands that the university seek “non-discriminatory” vendors in a new multi-use facility currently under construction on campus. On Tuesday, the SGA approved a resolution, 18-8, to indefinitely suspend any discussion about opening a new location of the popular, family-owned chain at the private, research-based university.

Members of the SGA maintained that students, staff and “other visitors who are members of the LGBTQ+ community or are allies” should not be subjected to the “microaggression of supporting current or future Chick-fil-A development plans.”

“The SGA does not support the proposal of a Chick-fil-A, in a current or future sense, particularly on any location that is central to student life,” states the resolution.

Following passage of the proposal, the SGA issued a statement on Facebook defending the move as serving the “best interest of a cohesive campus environment in which all students feel accepted.”

Despite mentioning efforts to “ban already established Chick-fil-A’s” at other schools—including North Carolina State University and Indiana University—the SGA held that its resolution “does not, in any way, ban Chick-Fil-A from [JHU’s] campus.”

Andrew Guernsey, a junior at JHU and president of the university’s Voice for Life chapter, called his peers’ move “narrow-minded” in a recent op-ed for National Review. According to Guernsey, the SGA’s resolution was passed “only because JHU, like so many other colleges, has become dominated by an intolerance strain of liberalism that is intent on silencing dissent.”

SGA members cited controversial remarks made by Chick-fil-A’s former CEO, Dan Cathy, and the company’s “investment in homophobic initiatives” as primary reasons behind their opposition to the fast-food chain’s potential presence on campus.

In June 2012, Cathy described Chick-fil-A as “very much supportive of the family—the biblical definition of the family unit.”

“We are a family-owned business, a family-led business, and we are married to our first wives. We give God thanks for that,” Cathy said.

According to Guernsey, the SGA’s resolution undermines overwhelming student support of a university contract with Chick-fil-A and circumvents open debate on the issue.

“If the argument for redefining marriage into a genderless contract for any two consenting adults is so strong, then advocates for it should not need the student government’s version of the thought police to silence dissenting voices,” Guernsey wrote.

The SGA’s resolution comes on the heels of a controversial decision by a coalition of JHU faculty advisers and students to ban a pro-life fetal-development display from the university’s annual Spring Fair. After the incident received national media coverage, students were notified that the display would be permitted.