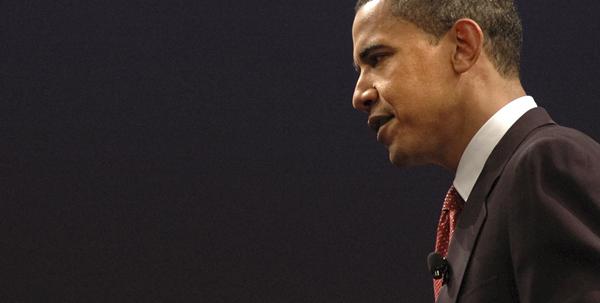 Federal officials announced Monday that the U.S. Department of Education (DOE) will forgive debt incurred through government-provided student loans if students can prove they were swindled by their college or university.

DOE Secretary Arne Duncan said Monday that former students of Corinthian Colleges would be granted relief from their student debt. The for-profit chain of post-secondary schools declared bankruptcy in early May after being fined $30 million for deliberately misleading prospective students about the success rates of graduates and encouraging duplicity to secure more in student aid, among other offenses.

This is one more reason it was a bad idea to make the U.S. Department of Education the banker for students as well as the regulator of their colleges. If your car is a lemon you don't sue the bank that made the auto loan; you sue the car company.”

With tens of thousands of students eligible to have their debt erased, the cost to American taxpayers could reach $3.6 billion, according to the Minneapolis Star Tribune.

That cost could expand even further following the Obama Administration’s decision to extend loan forgiveness to all federal student-loan borrowers capable of proving they’ve been defrauded.

The relief plan requires that Americans with outstanding debt from government-insured student loans can seek forgiveness of such debt if they can demonstrate that their school engaged in predatory lending.

According to the Wall Street Journal, the debt relief measure will be applied using a “decades-old federal law” that enables loan forgiveness if a borrower can prove their school failed to comply with, or intentionally ignored a state law.

“We will make this process as easy as possible for them, including by considering claims in groups wherever possible,” Duncan told reporters Monday, noting that the DOE is unsure “how many students will apply for this.”

“That’s the big unknown at this point,” Duncan said.

Duncan, who has been a regular critic of for-profit colleges, described the debt relief plan as an Administrative effort to “crack down on colleges that leave students with huge debt, worthless degrees, and few job prospects.”

To handle the forthcoming loan forgiveness claims, the DOE plans to appoint someone with legal expertise in state-level consumer protection laws. According to Inside Higher Ed, this individual will serve as a “special master,” but the department will maintain overall authority in determining which loans are discharged.

While a number of democratic lawmakers have praised the Department’s plan, a group of student activists organized by the Debt Collective—an organization that has encouraged Corinthian students and others to stop paying their student loans—believe it doesn’t go far enough.

In a blog post Monday, the Debt Collective called the plan a “bureaucratically tortured process designed to provide relief only to those who hear about it and can figure out how to navigate unnecessary red tape.”

“Students are entitled to receive full relief under law. The legal and most painless possible process for students is no process—they deserve an automatic discharge of their debts,” the organization stated.

According to Sen. Lamar Alexander (R-Tenn.)—Chairman of the Senate Committee on Health, Education, Labor and Pensions—the DOE’s plan establishes “a precedent that puts taxpayers on the hook for what a college may have done.”

“This is one more reason it was a bad idea to make the U.S. Department of Education the banker for students as well as the regulator of their colleges,” Alexander said. “If your car is a lemon you don't sue the bank that made the auto loan; you sue the car company.”

The DOE’s announcement comes just days before a group of Democratic lawmakers are scheduled to unveil the latest sponsors of their debt-free college plan on Capitol Hill. Past efforts to make college more affordable include President Obama’s short-lived proposal to make community college free by taxing 529 education savings plans.

In a recent email to supporters, former Maryland Governor and Democratic presidential candidate Martin O’Malley explained that “our ultimate goal should be simple:every student should be able to go to college debt-free.”