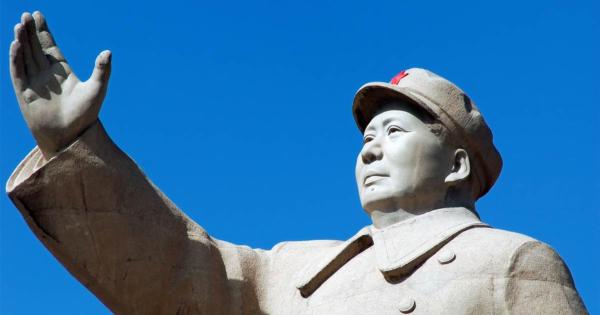 The New Jersey based university recently opened a new campus in China and has begun the process of hiring staff. The advertisement for a “specialist for residence life” and “ specialist for student conduct” states “Membership in Chinese Communist Party is preferred.”

Other jobs posted on the Wenzhou-Kean University human resources website do not ask for preferred political affiliation.

The descriptions also warn that any overseas degrees and certificates are subject to approval of the Chinese Ministry of Education.

Other jobs posted on the Wenzhou-Kean University human resources website do not ask for preferred political affiliation. The standard application for employment on the website requires numerous details pertaining to political affiliation and other demographics that would be illegal for employers to inquire about in the United States.

“Kean University is responsible for the academics at WKU and our Chinese partners are responsible for all general operations and student services,” Kean spokeswoman Susan Kayne told Inside Higher Ed.

She went on to note that all staff positions are hired in according to Chinese laws.

Kean University is still in charge of hiring faculty positions, but a webpage for the university states that all the funding for constructing and operating the new campus was paid for by China.

According to Nacubo International Resource Center, It is common practice for American institutions operating campuses globally to hire following United States guidelines, even in regions that don’t share American values.

Michael A. Olivas, the William B. Bates Distinguished Chair of Law and director of the Institute for Higher Education Law and Governance at the University of Houston, raised some concerns over the hiring materials on the Wenzhou-Kean website.

“I think it’s a very problematic acquiescence to norms that wouldn’t fly here,” said Olivas to Inside Higher Ed, “and it’s not entirely clear that they can escape obligations to civil rights laws extraterritorially.”