The Iran apology tour at Cornell 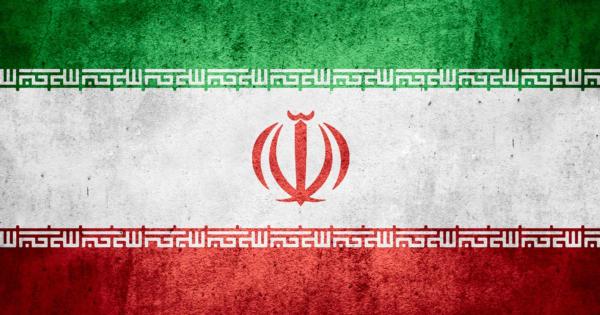 On September 17, the Cornell International Affairs Review (CIAR) sponsored a discussion about the highly controversial nuclear agreement reached between Iran and a group of world powers, including the United States, which is known as the Joint Comprehensive Plan of Action. The discussion consisted of a panel of Cornell faculty: Iago Gocheleishvili, Near Eastern studies; Elizabeth Sanders, government; and Sarah Kreps, government and law.

All three professors unequivocally defended the agreement and so the discussion was entirely one-sided. The panelists’ talking points can be summed up in three points: (1) that Iran is a peace-seeking nation whose rhetoric suggesting otherwise and past actions proving otherwise are irrelevant or misunderstood; (2) that the U.S. is obligated to concede to Iran more than Iran should concede to the U.S.; and (3) anyone who opposes the deal is a warmonger.

Here are some video excerpts from the panel discussion (note: apologies for poor sound quality):

Sanders, who is also the academic adviser for the Cornell Democrats, stood out the most in her defense of the deal. Her first remarks cited the 1953 Iranian coup d’état, which was orchestrated by the United States to overthrow the democratically elected Iranian government and instill the Shah, who ruled until 1979.

However, Sanders failed to mention at any point in the discussion the extreme anti-American rhetoric used by the Iranian regime, as well as the regime’s consistent sponsorship of international terrorism through proxies such as Hamas and Hezbollah. Sanders also stated that she admired the Iranian people’s capacity to “forgive” the U.S. for its role in the coup and the imposition of economic sanctions.

Building on Sanders’ apology tour, Professor Gocheleishvili went so far as to question the status of Hamas and Hezbollah as terrorist groups, referring to them as “liberation groups.” Furthermore, he justified Iran’s alliances with these terrorist groups by stating that “there’s no one else to be their allies” in the region–despite the fact that their status as terror groups has been recognized by most Western countries and is very well-documented.

For example, the charter of Hamas reads: “The time will not come until Muslims will fight the Jews (and kill them); until the Jews hide behind rocks and trees, which will cry: O Muslim! there is a Jew hiding behind me, come on and kill him!” This is a call for genocide. This cannot be ignored. It is mortifying that Professor Gocheleishvili, whose profession it is to study the Middle East, would be ignorant of such a startling fact, and wishes to warp language by referring to the likes of Hamas and Hezbollah as anything but terrorist organizations.

Later, Sanders took the blame game to Israel, saying that Hamas and Hezbollah exist because of “Israeli occupation,” and that the U.S. and Israel have committed “remarkably hostile” actions towards Iran in efforts to thwart their development of nuclear weapons.

All three professors seemed to agree that anyone who opposes this deal are warmongers. This is practically the only argument used by President Obama in support of this agreement. Like President Obama, the three professors are wrong: tearing up this agreement does not mean the United States will go to war with Iran. Instead, we should reimpose strong sanctions against Iran until it submits and comes to the negotiating table on our terms, and we should restore America’s credibility as an enforcer of peace, law, and Western values in the Middle East.

The next president should be clear that the United States stands unequivocally with the State of Israel and against the terroristic Iranian regime from acquiring nuclear weapons. Furthermore, the next president should keep all options should be on the table, including a military-strike option to take out nuclear development facilities. The threat of strong military action against Iran can provide a major deterrent to the regime.

Though these panelists would want you to believe in a made-up narrative about the peaceful intentions of Iran and its numerous promises to the West, we should judge Iran by its actions, not by its words.

This article by Glenn Dornbaum originally appeared at The Cornell Review. The views expressed in this article do not necessarily reflect the views of Campus Reform or the Leadership Institute.