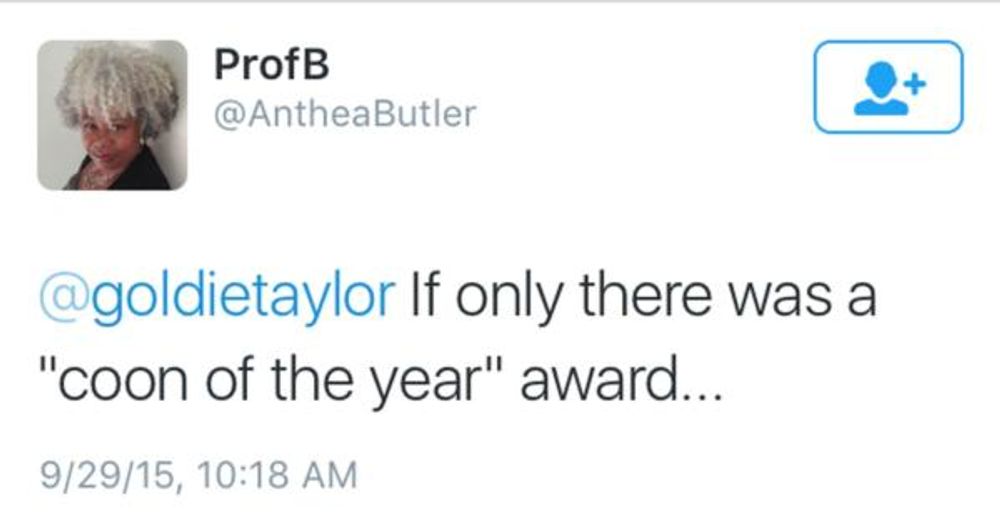 “If only there was a ‘coon of the year’ award…” Professor Butler tweeted in response to another tweet linking to a Sports Illustrated article in which Carson was quoted defended the right of NASCAR fans to fly Confederate flags during races.

“Swastikas are a symbol of hate for some people too … and yet they still exist in our museums and places like that,” Carson observed during the event in North Carolina with NASCAR legend Richard Petty. “If it’s a majority of people in that area who want it to fly, I certainly wouldn't take it down,” he added, noting that NASCAR races are held on private property.

The word “coon” is an offensive term to slander Africans, deriving from the Portuguese word “barracoos,” which is a hut-like dwelling used to store slaves during auctions, according to Online Etymology.

In effect, then, Butler’s tweet insinuated that Carson is a metaphorical slave who belongs in a wooden shed.

This is not the first time the religion studies professor made a racially charged comment on social media. Butler believes God is a “white racist...carrying a gun and stalking young black men” because George Zimmerman was found not guilty in the Trayvon Martin case, and also made bizarre remarks during the hype of Michael Brown’s death, referring it as a blood sacrifice.

Also worth noting is that Butler has tenure status, and once boasted that “I can’t get fired” over criticisms from the right, according to The College Fix.

Neither Butler nor spokespersons for the university responded to repeated requests for comment from Campus Reform. The Department of Religious Studies declined to comment, saying they can only answer questions from students regarding her class.

Ironically, Butler has a Tumblr account called “nosecretsonthenet” where she reproduces critical, and sometimes racist, comments made about her on the Internet, presumably in an effort to shame those who make insensitive statements online. 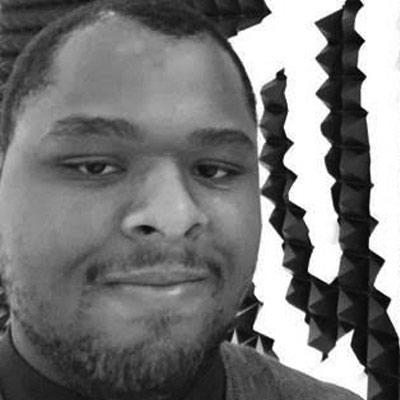