Following a vote from the Board of Trustees, Susquehanna University is the latest institution whose mascot, the Crusaders, must go due to concern over potential offensiveness and negative connotations.

Citing “growing concern and sensitivity” to ensure sure the campus remains “welcoming and inclusive,” SU President L. Jay Lemons addressed the student body in a video sent via e-mail September 25 explaining the history and use of the mascot.

Per the wishes of the Board of Trustees, Lemons is leading several discussions among SU students, alumni and staff to determine what the new nickname and mascot will be.

Lemons explains in the video that it was a Philadelphia sportswriter, not the college itself, that dubbed the athletic teams the “Little Crusaders” in 1924. The name stuck as “medieval iconogrophy” such as the Maltese cross came to accompany the nickname.

It wasn’t until the 1980’s that Susquehanna made the “intentional change” to drop the Knight mascot and Maltese cross and adopt the “Crusader flag,” as Lemons explained, “distancing [themselves] from the medieval Crusaders iconography that had been present in an earlier time.

In the late 1990’s, the image of the Crusader morphed again, this time in the form of a caped tiger, which has remained the mascot until last fall when “struggles” that students had in “trying to identify new iconography” began the discussion over the name and mascot again.

“Unfortunately, most people who hear the word ‘crusade’ do no think about Division III sports, rather they carry in their minds knights, castles, and medieval warfare,” said Professor Linda McMillan in the video.

The history professor explains in the video that the “historical reality” of the mascot’s connotation is the violence and warfare sanctioned by the pope and aimed against “the other” and “primarily Islam.” She adds that when discussing the historical Crusades in her history classes, the reaction among students has been “increasingly uncomfortable” post 9/11 when she also brings up thoughts on “Crusader” being the school mascot.

“Just as the word Jihad falls on western ears in a particular way, so too ’Crusades’ creates discomfort when heard by Muslims” McMillan said.

With the alleged discomfort among students over the history of the Crusades and the mascot representing their school, Lemons cited that “ambivalence and discomfort” led to the nickname decline and the call for it’s removal at the September Board vote.

Yet for all the explanation over why students shouldn’t be quick to cheer “Go Crusaders!” there isn’t much evidence of instances in which students or alumni have called for political correctness.

“I think everyone is a bit confused as to why the change is happening in the first place, especially when the majority of current students and alumni want us to remain ‘Crusaders,’ Marissa Adamczyk, a student at Susquehanna University, told Campus Reform.

Students like Adamczyk aren’t the only ones wondering why the name needs changing, with more than 1,855 signing a petition calling for the university to reconsider its decision to oust the Crusader and let alumni and other SU stakeholders weigh in on the change.

"It makes me kind of ashamed and embarrassed of my school to change a 91-year history with this identity we all share," said Diane Paul, one of the SU class of 1992 alums who started the petition. "I think there was this thought we might offend a couple people. What happened is they are offending most of the alumni, people who have been students there, who have family members there. We're offended now."

While the fate of the “little Crusaders” hangs in the balance and students and alumni scratch their head over the quick decision, talk about a potential replacement mascot has begun. Last spring, the Susquehanna University student government ran a poll among the student body with a squirrel winning by over 50 percent of the votes.

“I don’t know if squirrels are exactly that presence that we needed,” said Junior Paris Campbell to the student newspaper, also titled The Crusader.

Despite the petition and seemingly apathetic student body, the Board and President Lemons stand firm in the need to change the nickname and mascot to something that doesn’t potentially conjure connotations that would offend someone.

"Symbols are important and powerful. An institution's mascot and nickname should be beloved and unifying symbols," noted Lemons in his recommendation to the board. adding "to continue down that path [ambivalence over the mascot’s connotation] would be unproductive and at odds with the university's commitment to building an inclusive campus where individuals of all cultures are welcome."

Whether the tiger Crusader becomes a squirrel or another creature, one thing is certain: the “Crusader” is out and inclusiveness and sensitivity is in at Susquehanna University. 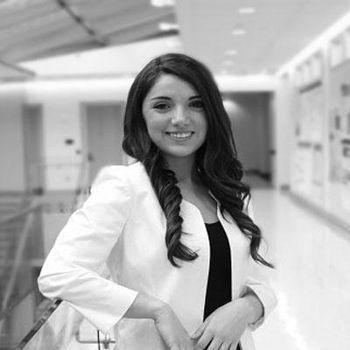