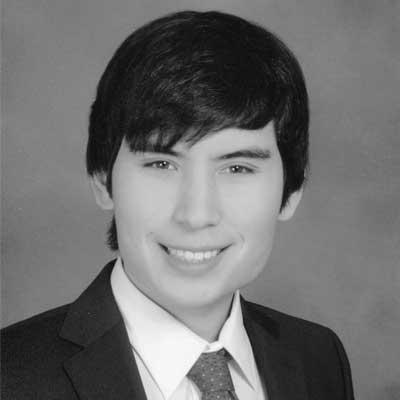 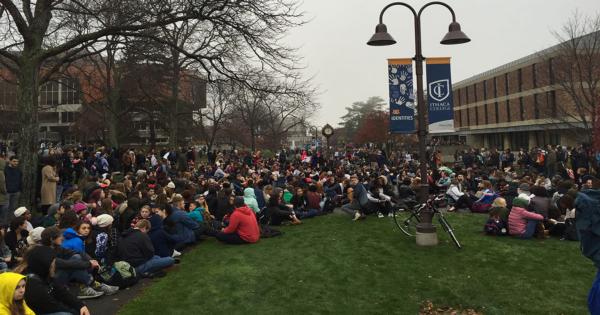 About 1,000 students at Ithaca College (IC) staged a walkout from their classes Wednesday afternoon to protest college president Tom Rochon and numerous allegations of racist incidents on campus this semester.

Students participating in the Solidarity Walk Out, organized by People of Color at Ithaca College (POC at IC), first rallied around Freedom Rock outside the student center. Several students delivered speeches calling for Rochon’s ouster. After the speeches, the protest leaders lead students in the chant “Tom Rochon/No Confidence” and filtered across the central area of campus. Students then lay on the wet pavement for a 20-minute moment of silence.

"How can a campus dedicated to preparing us for the real world not actively foster growth to our consciousness of oppression and privilege?”

The protesters then reorganized around Freedom Rock, spoke some more on similar topics, and dissipated. The entire ordeal lasted about 90 minutes.

The Ithaca Journal reported one of the female students with POC at IC saying into a microphone, "[w]e stand here in solidarity. Our hearts are heavy with the pain of Mizzou and Yale and Smith and every person of color on a college campus simply because of the color of their skin, the texture of their hair or their ancestry.”

“This a problem of the nation. However, how can a campus dedicated to preparing us for the real world not actively foster growth to our consciousness of oppression and privilege?” the student continued, according to the Ithaca Journal.

The walkout was organized in response to growing discontent with the perceived inadequacy of the Rochon administration’s response to students’ numerous allegations of racist incidents on campus, concerns over student and faculty diversity, and high tuition.

Campus Reform earlier reported on these disputed incidents, one of which was a “Preps and Crooks”-themed off-campus fraternity party that upset many students due to the description of the “Crooks” theme using words like “thuggish” and “bling.” Another incident occurred during an alumni panel earlier in the semester, where several panelists used the word “savage” to describe a black female panelist after she herself used the word to describe her “savage hunger” for success.

Despite the overwhelming majority of students at IC demanding Rochon’s resignation, at the onset of the walkout the college’s board of trustees issued a statement indicating their intention to continue on with Rochon as president.

After the protesters began to dissipate and return to classes, a group of more than 50 congregated around a bench where one student was holding a sign reading “I support Tom Rochon.” 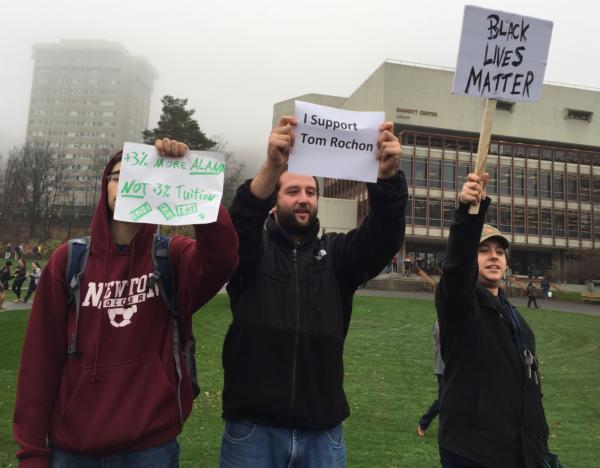 For about 30 minutes, multiple students took turns interrogating the sign-holding student, asking repeatedly why he was there supporting Rochon and questioning his “privilege” as a white male. The student, who did not wish to be identified by name, but said he was a senior, explained he thought Rochon had performed well in his role, raising money for the college to open new facilities, increasing financial aid, and implementing the IC 20/20 plan to make the college more competitive.

“I don’t understand what changed overnight,” the student said, noting Rochon has been IC’s president since 2008.

The encircling students also said students of color feel unsafe on campus. Though when pushed on what exactly makes them feel unsafe or to point to specific incidents of crimes or physical harm on campus, they yielded no answers.