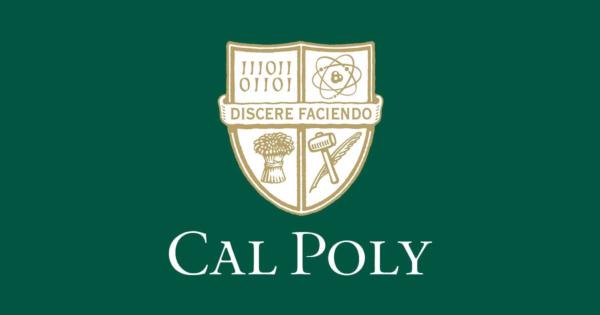 Even some supporters are pessimistic that officials at California Polytechnic State University will be able to meet all 41 demands for diversity initiatives listed in an extensive ultimatum from an unofficial student group Monday.

The demands were delivered to University President Jeffrey Armstrong, Vice President for Student Affairs Keith Humphrey, retiring Dean of Students Jean DeCosta, and University Diversity and Inclusivity Executive Director Annie Holmes in an email from SLO Solidarity, an unrecognized consortium of minority student groups on campus, according to Mustang News.

"Our goal is to make Cal Poly a better place where equality for all students is realized, not just idealized."

The ultimatum evidently drew upon similar efforts at other schools across the country for inspiration, containing a number of provisions originally pioneered elsewhere. The students also warn that they will take a page out of the Mizzou playbook and call for the resignation of school officials should administrators fail to meet their demands, though they do provide a much longer deadline than other schools have received, giving them until the winter of 2016 to submit an action plan.

“Underrepresented students at Cal Poly demand change,” the ultimatum begins, citing recent incidents in which offensive comments were written on a Free Speech Wall and a Colonial/Native American-themed party was hosted by a group of students off-campus.

“Our goal is to make Cal Poly a better place where equality for all students is realized, not just idealized,” the email asserts. “We are putting forth this list of demands to be delineated and acted on [sic] by those staff, faculty, and administrators whose job it is to represent the students of Cal Poly.”

There follows a breakdown of 41 steps that the students want the university to take, all of which have been proposed at other institutions, including mandatory diversity training, a bias incident reporting system, and significant increases in the number of minority faculty members.

Topping the list are demands for reforming the Greek Life system at Cal Poly through the creation of a “Greek Life Diversity and Inclusivity Task Force” composed of school employees, “students from cultural clubs on campus,” and even some Greek Life members. To supplement the Task Force’s efforts, they also want Greek Life to publish an annual review of “their impact on campus climate for underrepresented groups” and to formulate goals for increasing diversity within fraternities and sororities.

SLO Solidarity’s demands regarding student government reforms are more nebulous, outlining vague goals such as “transparency [and] streamlined communication,” more funding of social programming for underrepresented populations on campus, and the creation of Diversity and Inclusion staff positions. They also envision spending limits for student government elections to mitigate the advantage of wealthier students, but demand that funds be set aside for low-income students to campaign, as well.

Regarding efforts to promote diversity among the student body writ large, the ultimatum goes on to identify changes it wants the school to make in new-student orientation, housing, and curriculum.

“We demand diversity and inclusivity programming, education, and topic areas throughout Soar and the Week of Welcome, including an awareness program specifically covering diversity,” the activists state, adding that new students should also be required to complete online cultural sensitivity training before even setting foot on campus.

Moving their focus from first-year students to the school’s academic curriculum, the activists demand the creation of a variety of new classes and courses of study related to social justice issues, from mandatory Women’s and Gender Studies or Ethnic Studies courses for all students to “the implementation of a Queer Studies minor” and a “Women’s, Gender, and Queer Studies major.”

To carry out those ambitious plans, the students want Cal Poly to commit to hiring more minorities for tenure-track faculty positions and roles at the institution’s Cross Cultural Centers, setting a goal of increasing “faculty of color hires” by three percent per year until the faculty demographics are representative of the State of California.

Vice President for Student Affairs Keith Humphrey responded to the ultimatum Tuesday on the university’s behalf, saying that while the administration is sympathetic to the students’ grievances (and has even been developing some of the proposals they are demanding), there are many details that must be considered before making any specific policy or programming changes.

“The university agrees with most of these student-generated ideas and indeed already had some similar proposals in development before these recent discussions began,” Humphrey noted in his response to the students. “Diversity and inclusion remain a key concern for Cal Poly, and the university works continually to provide an open and inviting campus climate for all students, employees and visitors.”

Some student activists, however, are skeptical that the school’s response will amount to little more than flattery, based not only on past experience but also because they recognize that implementing the full list of demands would represent a massive undertaking.

“There is no way that the administration was not already aware of the majority of our concerns,” Queer Student Union President Matt Klepfer told Mustang News. “Admin has seemed very supportive of our movement. Actions speak louder than words, however, so we will wait until the action plan is released before deciding next steps.”

Student Mick Bruckner, who was also among those who originally endorsed the ultimatum, said that while he hopes the demands are met, he is pessimistic about the prospects for a complete victory.

“I am taking the demands with a grain of salt just because the actions that they listed require so many resources, funds, energy and kind of just a huge shift in ideological thinking,” he explained. “I’m not sure if the admin is really going to put its money where its mouth is, [but] I would be absolutely thrilled if they did.”