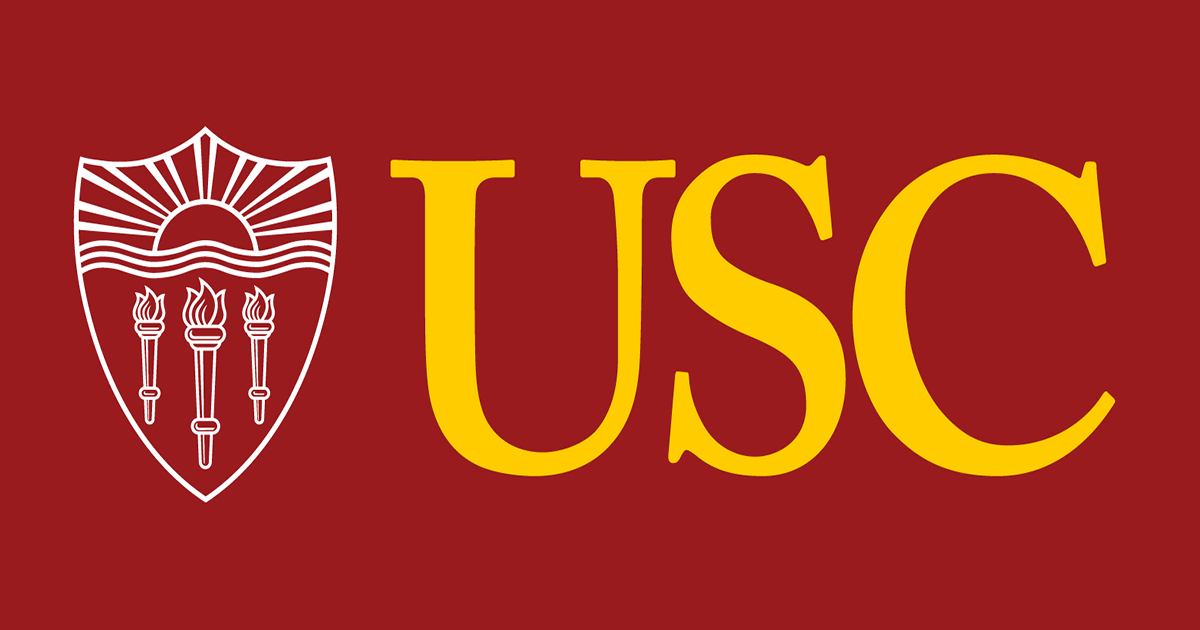 The University of Southern California student government rejected a resolution Tuesday night that would have asked USC to shelter and support Syrian refugees, citing fears of potential political fallout.

Although the resolution was defeated handily—eight votes to three, with one abstention— student senator Jacob Ellenhorn told Campus Reform that most of the senators apologized for their votes by signing on to a letter explaining that while they actually support the resolution in principle, they felt they could not vote for it without risking the appearance of taking a “divisive political stance,” given the attention it has received since being introduced almost three weeks ago.

Ellenhorn said that he was the only person to vote against the resolution without signing on to the letter, clarifying that one signatory abstained and another decided to vote for it anyway.

“Bulk Lao voted ‘yes’ in the end,” Ellenhorn said, explaining that “the letter was written before the vote, but it was only made public after the vote happened,” which he said fueled his belief that “they used the letter to kind of cover their asses.

“I think the reason they felt they had to write it is that they were going to vote ‘no’ and knew there was going to be pushback from people who supported it,” he elaborated. “In my opinion, they’re afraid to take a hard stance on anything. I didn’t want to sign because I was ready to take a stand and vote on my conscience.”

The nine signatories begin the letter (a copy of which was provided to Campus Reform) by asserting that they “support the goals expressed in [the] resolution,” claiming for instance that providing assistance to Syrian refugees is consistent with the aid USC has provided refugees from other backgrounds in the past, but say that the issue has become too politicized in the wake of the Paris terror attacks. 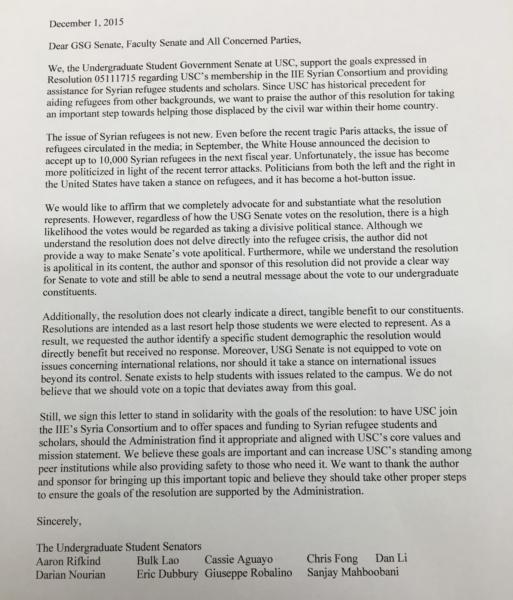 “We would like to affirm that we completely advocate for and substantiate what the resolution represents,” they reiterate. “However, regardless of how the USG [Undergraduate Student Government] Senate votes on the resolution, there is a high likelihood the votes would be regarded as taking a divisive political stance.”

The senators assure their potential detractors that they “understand the resolution is apolitical in its content,” but imply that its imprecise wording could make that difficult for some to comprehend, saying, “the author did not provide a way to make Senate’s vote apolitical.”

Noting that they have tried and failed to identify “a direct, tangible benefit to our constituents” likely to result from the measure, and that “USG Senate is not equipped to vote on issues concerning international relations,” the senators explain that they simply felt uncomfortable voting on an issue that goes so far beyond their purview.

“Still, we sign this letter to stand in solidarity with the goals of the resolution,” they conclude. “We believe these goals are important and can increase USC’s standing among peer institutions while also providing a safety net to those who need it.”

Despite their efforts to justify voting against the resolution without incurring the wrath of their classmates, Ellenhorn claimed that some of the measure’s more vehement supporters refused to accept those arguments, instead decrying the letter as a betrayal.

“The higher-ups in student government wanted to push it through right now, and in my opinion it was because of the news cycle,” he said, pointing out that the resolution was introduced the morning after the terrorist attacks in Paris, which had threatened to divert attention from social justice causes on college campuses.

“If they were smart, they would have waited, because the timing of it was kind of ridiculous,” Ellenhorn pointed out, adding that he still felt “there was obviously a link” despite supporters’ protestations that the timing was coincidental.

Whether intentional or not, most of the senators clearly realized that the recentness of the Paris attacks—which included at least one militant believed to have posed as a Syrian refugee—would prove problematic for the USC resolution. Its authors, on the other hand, were not so easily dissuaded.

At one point during the Senate hearing, Ellenhorn recounted that “a graduate student senator called the senators unprofessional, saying he had worked with them for months to pass the resolution and that the letter was a betrayal.”

Similarly outraged was undergraduate senator Sabrina Enriquez, who not only rose to make a similar point during the hearing, but also posted an even more vehement denunciation on Facebook after the meeting suggesting that those who voted “no” should resign their seats. 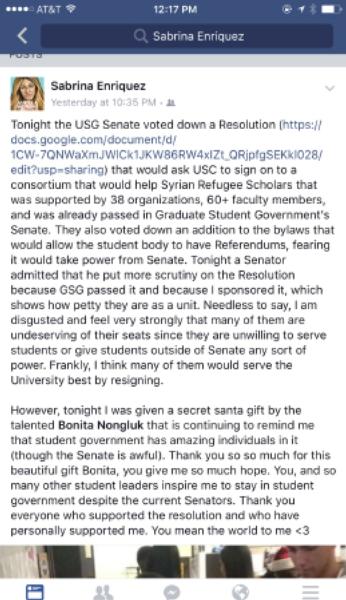 “Needless to say, I am disgusted and feel very strongly that many of them are undeserving of their seats since they are unwilling to serve students or give students outside of Senate any sort of power,” Enriquez wrote, having previously noted that the Senate also voted down a measure authorizing student referendums. “Frankly, I think many of them would serve the University best by resigning.”