Ole Miss renames Christmas event because it 'connoted too much Christianity' 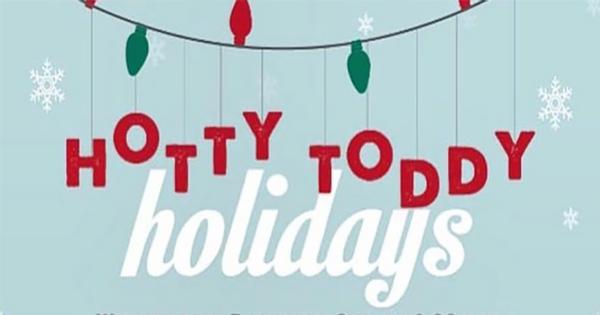 In an effort to create a more inclusive environment, the University of Mississippi renamed its annual campus event “A Grand Ole Christmas” to “Hotty Toddy Holiday.”

For more than six years, the University of Mississippi (Ole Miss) has celebrated the start of the Christmas season with a festive event called “A Grand Ole Christmas.” This year, however, the event was renamed “Hotty Toddy Holiday” in an effort to be more inclusive.

"'Grand Ole Christmas’ connoted too much Christianity on camps..."

“We really wanted to change the atmosphere from last year and that would explain the name change,” Kayp Maye, co-director of special events for the Student Activities Association (SAA), told News Watch 99. “‘Grand Ole Christmas’ connoted too much Christianity on campus and so we wanted to have a more inclusive environment for the holidays this year.”

In addition to the name change, Maye noted that the official colors of this year’s festivities were red, blue, and silver, which he described as part of an effort to “attract a more mature audience” with a Winter Wonderland, rather than a Christmas theme.

Yet in an apparent contrast to the school’s professed pursuit of a more mature audience, activities included ice-skating, pictures with Santa, and arts & crafts. The event even had a mascot—a life-sized gingerbread man named “Gingy” reminiscent of the characters that regularly patrol theme parks such as Disney World.

The choice of “Hotty Toddy Holiday” as the new name is a reference to a popular cheer used by Ole Miss football fans, but its origins are difficult to trace, according to AL.com.

One explanation is that the wording is a corruption of the original cheer of “Heighty! Tighty!” but many also believe its acceptance was catalyzed by its similarity to “hot toddy,” a warmed-up whiskey drink some see as evoking the stadium’s “party” atmosphere.

Despite the SAA’s determination to disassociate this year’s event from the Christmas holiday, though, the celebration climaxed with the annual tree lighting, which still involved a “Christmas” tree, albeit without the traditional color scheme or ornamentation for which such decorations are best known.

Campus Reform reached out to spokespersons for both Ole Miss and the SAA, but had not received a response from either office by press time.