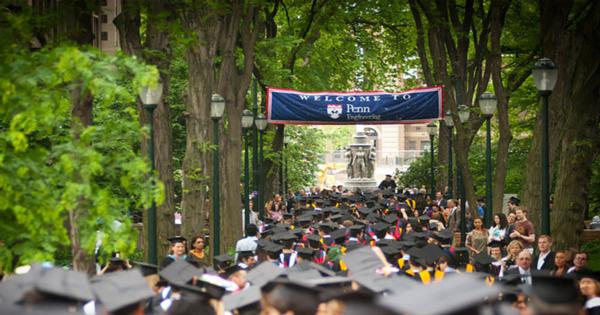 The University of Pennsylvania has dropped its “Faculty Master” title in favor of “Faculty Director” amid concerns that the old moniker is racist.

The policy change was announced in an email to college house faculty Wednesday from College of Arts and Sciences Dean Dennis DeTurck, The Daily Pennsylvanian reports.

“There are real racial issues on this campus and in this country, and this is just about the least of any of them."

“This small but important step will be taken immediately, and over the next few weeks all references in college house literature and on [College Houses and Academic Services] websites will be amended to reflect it,” DeTurck wrote, explaining that CHAS faculty and staff “have been mindful of ongoing developments on campuses across the country,” including “concerns about the historical connotations of the title of ‘Faculty Master’.”

Penn is now the third Ivy League school, along with Harvard and Princeton, to drop the title of “Master,” and Yale could become the fourth when it makes a final decision on the matter next summer.

DeTurck did not shy away acknowledging that the decision was motivated in large measure by the protests that occurred at other schools in November, explicitly stating that those events inspired faculty to begin discussing the name change.

“In the wake of what was happening at Missouri, Yale, and Princeton, among other places, the question came up as to whether and how the faculty master title could be changed,” he told The Philadelphia Inquirer, adding that the idea received unanimous support from the university’s Faculty Masters-cum-Directors just before Thanksgiving and has since been endorsed by the administration, as well.

Despite the faculty’s enthusiasm, however, some students have indicated that they see the issue as something of a trivial distraction, neither necessary nor efficacious.

“Administrators have forgotten the simple fact that no one uses the word master like that anymore,” sophomore Mitchell Chan told The Inquirer. “It's like renaming the master's degree even though it has nothing to do with slavery.”

Junior Sam Byers echoed that sentiment, saying, “I don’t care one way or the other” about the decision because he does not expect it to make a difference.

“There are real racial issues on this campus and in this country, and this is just about the least of any of them,” he argued. “The only thing the change accomplishes is to pander to college students' politically correct sensibilities.”

On that front, at least, the scheme may be working, at least on students such as Brandon Slotkin, a senior, who opined that, “[i]f it makes some students more comfortable on campus to not have to refer to faculty members as master, then why shouldn't we embrace that change?”