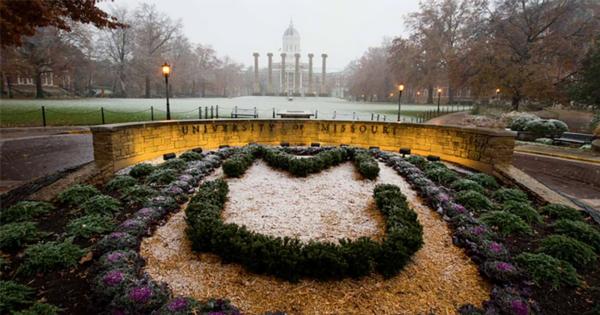 More than 100 Missouri Republican lawmakers signed a letter addressed to the University of Missouri (Mizzou) Board of Curators calling for the immediate firing of Assistant Professor Melissa Click who received national attention after she was filmed yelling at reporters during a student protest in November.

Click was caught on video threatening a reporter who requested an interview with her during an on-campus protest at Mizzou. Click immediately turned down the reporter’s request for comment and told him he needed to leave the protest. The reporter stood his ground causing Click to call out for “muscle” to forcibly remove the reporter from the protest. The video shows Click swinging at the reporter’s camera, leading some state lawmakers to believe she “assaulted a student,” as their letter to the Board of Curators highlights.

"[P]rofessor Click spent her paid time off from teaching to assault students, harass citizens of Missouri, and work in contravention of our Constitution.”

The day after the protest, Click resigned her courtesy appointment in the journalism school but remains an assistant professor of communication at Mizzou. Now, 18 state senators have joined forces with their republican colleagues to oust Click from her post at Mizzou.

“We call on you to remove Click from her current position as assistant professor of mass media in the University’s Department of Communications and to deny her pending application for tenure,” lawmakers wrote to the Board of Curators at Mizzou just days before Christmas break.

State lawmakers argued that Click’s actions ran contrary to her role in the communication department, which is to teach and defend the First Amendment rights of aspiring journalists.

“The fact that, as a professor teaching in the communication department and the school of journalism, she displayed such a complete disregard for the First Amendment rights of reporters should be enough to question her competency and aptitude for her job. As a professor in the School of Journalism, Click’s role should have been to remind students that we must respect the First Amendment rights of all individuals, and that the student reporters there were doing nothing more than their jobs; jobs which are soundly protected by our Constitution,” the letter states.

State Senators are also demanding the immediate firing of Janna Basler, the university’s assistant director of Greek Life, who was caught on camera pushing student photographer Tim Tai away from the protest. In addition, a petition calling for Basler’s resignation is circulating on Change.org. The petition is just 40 signatures shy of its target goal.

Basler and a group of student protesters formed a human barricade and marched into Tai while he was trying to snatch a photo of the demonstration.

“I’m sorry, these are people too. You need to back off. You know what, back off of our personal space. Leave these students alone,” Basler shouted at Tai while he tried to take a photo of the event.

“I have a job to do. I’m documenting this for a national news organization. This is the First Amendment that protects your right to stand here also protects mine,” Tai attempted to explain over chants of “hey, hey, ho, ho, reporters have got to go!”

In addition to reprimanding Click’s constitutional violations, state lawmakers drew attention to her questionable academic history and research interests in their letter to the Board of Curators.

“Our constituents have expressed outrage at the fact she is using taxpayer dollars to conduct research on ‘50 Shades of Grey,’ ‘Lady Gaga,’ and ‘Twilight.’ While we recognize there may be some value in pop culture studies, her behavior has the public questioning her ‘research’ and her unacceptable actions during the protest,” the letter explains.

According to the letter, Click was on a research sabbatical at the time of the protest but was spending her time helping with student demonstrations.

“What is even more insulting is that Professor Click was on a research waiver from the University of Missouri so that she didn’t have to teach classes,” the letter continues. “Rather, Professor Click spent her paid time off from teaching to assault students, harass citizens of Missouri, and work in contravention of our Constitution.”