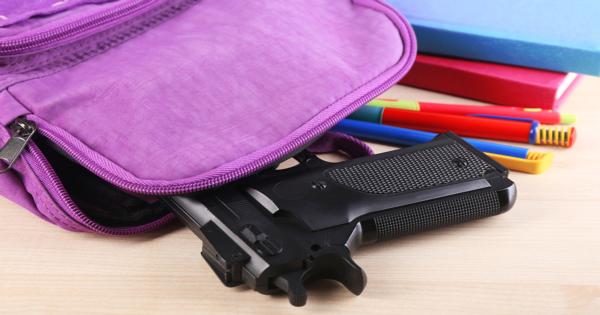 At a committee hearing Tuesday, the chancellors of Texas’ public universities promised lawmakers that they would adhere to both the letter and the spirit of the state’s campus carry law despite opposition from faculty.

Members of the Senate State Affairs Committee focused most of their attention during the hearing on addressing confusion surrounding the campus carry law that takes effect on August 1, specifically clarifying that it does not grant individual schools or professors the discretion to ban firearms in classrooms or office areas, as some have suggested.

“They have a right to carry and have passed a background check...”

Not only did the chancellors endorse that interpretation, which many faculty and administrators have thus far resisted, but according to The Texas Tribune, they also dismissed potential concerns surrounding implementation of the law, saying they do not expect it to impose significant costs or deter students from enrolling in Texas public universities, and noting that university officials in states where campus carry already exists “have not expressed any particular concern.”

“They have a right to carry and have passed a background check,” committee chairwoman Sen. Joan Huffman reminded the assembled chancellors. “I hope you don't put these individuals in a place where they are treated differently than other students.”

The chancellors promised to adhere faithfully to the law, particularly by ensuring that any gun-free zones that individual universities might declare will be “limited in scope” and would not encompass classrooms.

“I would be surprised and frankly disappointed if any of my presidents make the recommendation to ban handguns in classrooms or dormitories," Texas A&M University System Chancellor John Sharp told lawmakers.

Yet some professors have declared their intention to do just that, with or without university approval, most notably Nobel laureate Steven Weinberg, a physics professor at UT Austin, who stated just one day before the hearing that he would ban handguns in his classrooms even if it leads to a lawsuit.

HuffPost reports that Weinberg is optimistic that he would win such a challenge on First Amendment grounds, but law professor Steven Goode and University President Greg Fenves have given contrary prognoses, citing Attorney General Ken Paxton’s written opinion that the law does not allow classroom bans.

“I think that the notion that a First Amendment claim would win in court against [the campus carry law] is an illusion," Goode said. "I think it is an extraordinarily weak argument.”

Pressed by lawmakers about how he would respond to intransigent professors such as Weinberg, University of Texas System Chancellor Bill McRaven said he would “have a discussion with faculty members about this and make sure they understand that we are going to follow the law,” but stopped short of outlining any specific disciplinary measures that might be taken if they refuse to comply, adding that he considers a lawsuit against one of his universities an inevitability in any event.