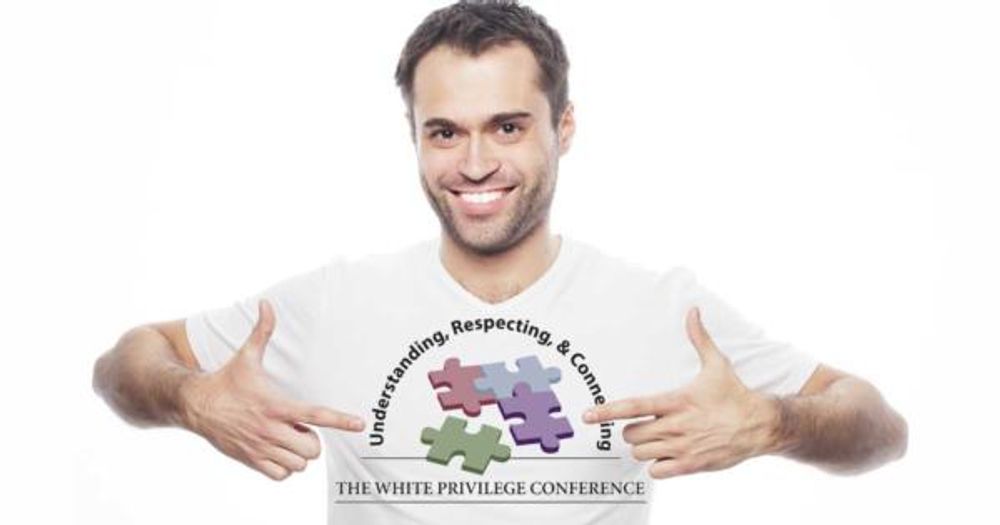 Major universities across the country are offering course credit, and in some cases even paying the cost, for students to attend an annual national event known as “The White Privilege Conference.”

The 2016 conference will feature a variety of speakers and numerous breakout sessions, all of which come at an additional charge. On two of the four days, participants will have the opportunity to spend six hours attending workshops of their choosing, including several tailored for middle-school and high-school students in attendance. More than 20 workshops will be featured at the event, covering topics of sex, race, and gender.

One workshop, titled “Self Care and Healing as Change Agents,” will provide attendees with a safe-space to share the emotional burden that comes from being a social justice warrior.

“Feeling exhausted, burned out from working to dismantle racism and white supremacy, and other forms of oppression in organizations, groups, and individuals? Still deeply committed to creating greater equity, inclusion and social justice in society and in organizations, yet finding yourself, at times, too weary or overwhelmed to make meaningful change? We all deserve spaces to heal, refuel, and re-commit to our vision and goals,” the workshop description states.

Another workshop will be geared exclusively towards middle-school and high-school students to allow them to “engage in meaningful dialogue about white privilege, white supremacy, and methods of breaking down systems of oppression.”

Other workshops will explore topics such as:

--“Racial Justice As A Spiritual Imperative: Re-imagining the Power Of Our Deepest Knowing In Our Racial Justice Work: This institute is designed for those who have      been engaging in racial justice work for some time and want to look more deeply into the aspects of the work that touch our spirits, souls, core beliefs, etc.”

--“Blackness, Whiteness, & Womynness: Embracing the Intersectionality of Race and Gender Practice While Building Equitable and Just Relationships Toward Effective Anti-Racist [sic]: As we strive to build cross-racial anti-racist partnerships, what are the challenges we face that may prevent us from working together effectively? This institute will draw on our experiences as a Black cisgender womyn and a white cisgender womyn partnering as anti-racist educators and administrators with a commitment to re-imagining equity and justice in our relationships as womyn.” [The misspelling of “woman” are intentional; a way to excise “man” from the word — ed.]

According to the conference website, at least 1,500 people attend the event every year, including students, teachers, and professionals. The conference, which lasts four days, has been held annually since 1999.

The student registration fee is $200, plus an additional $100 for various “one day institutes,” and another $40 for a “community dinner,” a sum of $340. However, some universities are offering to front the cost and cover hotel and transportation fees.

For instance, Miami University (MU) of Ohio is covering more than half the cost and charging students a flat fee of only $60, potentially $240 less than the total expense of the conference. In addition, a document obtained by Campus Reform shows the university will also be covering the “hotel fee and transportation,” which would theoretically put MU’s total expenditure for the conference well beyond $240 per student.

“Students going on the White Privilege Conference trip pay $60 and the rest of the cost is covered by funding from other campus offices including the Office of Diversity Affairs, the Black World Studies Department, Living Learning Community Fund, the Residence Hall Association, and the Family Fund,” Hoa Bui, MU’s contact for the event, confirmed to Campus Reform.

Haverford College in Pennsylvania is sending students to “The White Privilege Conference” free of charge. According to the university’s website, the President’s Office will be covering the cost with help from the “Quakers Affairs Office” and the “CPGC,” an acronym for the school’s Center for Peace and Global Citizenship.

According to “The White Privilege Conference” website, students attending the event can earn up to three academic credit hours, depending on the discretion of university advisers. Although some universities may elect to turn down students’ request for credit, at least one university in the past has promoted the conference as an elective course.

In 2013, the University of Colorado in Colorado Springs advertised the conference on campus as an “independent course experience” and offered students up to four “continuing education units,” which translates to ten hours of participation in an accredited program. To complete the course, students were required to keep track of the breakout sessions they attended and write a reflection paper on their experiences.

Campus Reform contacted representatives for “The White Privilege Conference” numerous times to ask how many universities send students to the event but did not receive a response by press time.