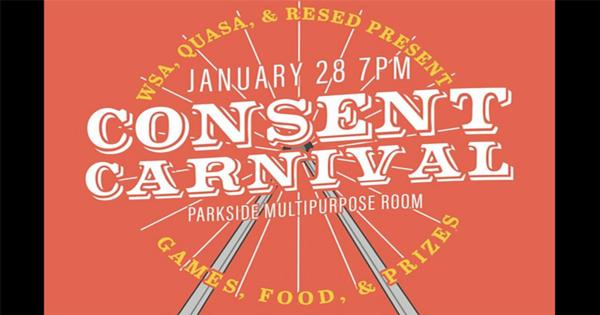 Student groups at the University of Southern California have revealed that an upcoming “Consent Carnival” will feature activities such as trivia, raffles, and even a kissing booth.

According to a Facebook page that appeared Tuesday, exactly one week after Student Government approved funding for the idea, the event will take place Thursday evening in a cafe/meeting room on campus, and at press time 97 people had indicated that they plan to attend.

As a further incentive, they add that “paticipating [sic] at [sic] each activity will earn you a chance to win a raffle prize!” Each of the four raffle prizes is a gift basket with a specific them, such as the “Netflix & (Actually) Chill Basket” and an “Outdoor Rendezvous” basket.

Of the three co-sponsors, the two Student Assemblies directly represent students, serving as umbrella organizations for student groups dedicated to female and queer student issues, respectively, while USC Residential Education is a university department that oversees residence halls while also promoting values such as “inclusion” and “social responsibility.”

Student Sen. Jacob Ellenhorn confirmed to Campus Reform that funding for the Carnival is being provided by Student Government through the normal allocation process for student groups.