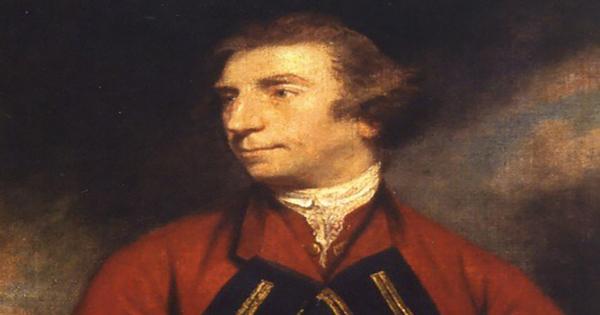 After remaining tight-lipped for days, the Amherst College Board of Trustees announced Tuesday that it had voted last week to eliminate all references to the school’s unofficial “Lord Jeff” mascot.

Student activists had demanded such action as part of an ultimatum delivered to Amherst President Biddy Martin in November, along with a statement “that condemns the inherently racist nature of the unofficial mascot, the Lord Jeff.”

“What is beyond dispute is that the symbolic figure of Lord Jeff has become a source of division among us today.”

In her initial response to the student ultimatum, President Martin glossed over the mascot controversy, saying only that administrators would “consider what messages our symbols send,” stopping short of making any specific commitments.

“The controversy over the mascot may seem small in itself and yet in many minds it's symbolic of larger issues,” Board Chair Cullen Murphy writes in a statement explaining the Trustees’ decision. “The controversy is bound up with feelings about matters as specific and recent as the protests at the College last fall and as broad and old as the College's mission and values.”

She notes that over the course of its history, Amherst has evolved from an all-male religious institution to become a coeducational college at which roughly four in 10 students identify as persons of color, and argues that the school has a responsibility to adapt itself to changing demographic realities.

“The mascot question arose anew in this context, starting some while ago and intensifying over the past year and a half,” she says, observing that while some aspects of the matter are relatively clear, the debate ultimately comes down to differing interpretations of limited historical evidence.

First, she points out that while the town of Amherst is named after Lord Jeffrey, the college is simply named after the town, and has no connection to the individual apart from his adoption by students as an unofficial mascot nearly a century ago.

“Those who dislike the symbolism of Lord Jeff have various reasons for their view, but a central one has always been his suggestion, in wartime correspondence, that smallpox be used against Native Americans,” Murphy states, but adds that “nothing may have come of his proposal,” according to the mascot’s defenders.

“One can go around and around with these and other questions—which is what many in our community have been doing,” she says, but asserts that “any reader will safely draw the conclusion that neither the “pro” nor the “anti” side is going to convert the other.

“What is beyond dispute,” however, “is that the symbolic figure of Lord Jeff has become a source of division among us today,” with 85 percent of current students and faculty and 52 percent of alumni reporting an unfavorable view of the Lord Jeff mascot in recent polls.

Murphy recounts that the Trustees debated each of the issue’s many facets over the course of two days, and that while they did not come to a unanimous conclusion, a majority determined that it would be worthwhile for Amherst to dissociate itself from the mascot in the interest of promoting harmony within the school community.

“So Amherst College finds itself in a position where a mascot—which, when you think about it, has only one real job, which is to unify—is driving people apart because of what it symbolizes to many in our community,” she explains. “This is not about political correctness; it is about present community.”