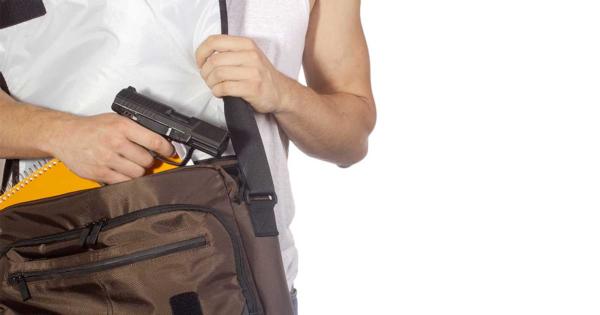 “I have decided on the policies for UT Austin that comply with Senate Bill 11 (SB 11), the Campus Carry legislation that goes into effect Aug. 1 2016, and submitted them this morning to Chancellor William McRaven ... I have thoroughly reviewed the policy recommendations of the Campus Carry Working Group and decided to adopt them,” Fenves wrote in a letter to all students, faculty, and staff. “I do not believe handguns belong on a university campus, so this decision has been the greatest challenge of my presidency to date.”

"[I] cannot adopt a policy that has the general effect of excluding licensed concealed handguns from campus."

Senate Bill 11, signed last year by Texas Gov. Greg Abbot, prohibits public institutions from restricting CHL holders from carrying firearms on campus. The bill states that “all land and buildings owned or leased by an institution of higher education” must allow CHL holders to exercise their rights.

However, the bill includes a provision allowing “private or independent institutions of higher education” to disregard the bill so long as students, faculty, and staff are consulted before reaching a decision. Many private institutions in Texas have taken advantage of the provision, including Rice University, Baylor University, and St. Mary’s University, and will bypass the new legislation come August.

Fenves, in a letter to UTA Chancellor William McRaven, states his agreement with the decision to ban guns on private campuses and clearly regrets his university cannot do the same.

“The presidents of every large institution in Texas have exercised that option,” Fenves wrote. “These private universities have made a statement that handguns do not belong in campus buildings. I agree. The presence of handguns at an institution of higher learning is contrary to our mission of education and research, which is based on inquiry, free speech, and debate. SB 11, however, gives no such broad discretion to the presidents of public universities.”

McRaven and his Board of Regents will have 90 days to review Fenves’s proposal and make any necessary changes.

“Unless the Board of Regents amends the policies transmitted herein by two-thirds vote within 90 days, these policies and the resulting guidelines and rules will go into effect at The University of Texas at Austin on August 1, 2016,” Fenves wrote in his letter to McRaven.

Even though SB 11 suggests that “all land and buildings” on campus be fair game for CHL holders, exactly how the new bill is implemented is partly up to the discretion of university presidents. As a result, Fenves submitted an “ implementation strategies” proposal to McRaven along with his letter.

According to the proposal, CHL holders will be barred from carrying firearms in lab spaces, dorm rooms, sporting events, health centers, “in areas in which formal hearings are being conducted,” “animal research facilities,” “the site of pre-K-12 school-sponsored activities,” and faculty member offices. CHL holders will, however, be allowed to carry handguns in university classrooms.

“Under the law, I cannot adopt a policy that has the general effect of excluding licensed concealed handguns from campus. I agree with the working group that a classroom would have this effect,” Fenves wrote in his campus-wide letter.

In addition, Fenves proposed a policy that would allow semiautomatic weapons on campus only if they are unloaded.

“A license holder who carries a semiautomatic handgun on campus must carry it without a chambered round of ammunition,” Fenves suggests in “policy statement number three.”

Some are calling the proposal the “Barney Fife” rule after the deputy in the Andy Griffith Show who was ordered to keep the single bullet he was issued for service in his pocket at all times.

Another proposal suggests that anyone who causes the “accidental discharges of a firearm is subject to disciplinary action.”

As a result of his proposal, Fenves is facing potential lawsuits from both sides of the aisle. On the one hand, gun-rights advocates are disappointed with the many restrictions put forth in Fenves’ proposal; on the other, gun control proponents are upset Fenves would dare allow guns in the classroom.

“We are trying to get some legislation on the table or an Attorney General’s opinion, and that would make it more difficult for certain people to put their own interpretation on it,” Michael Newburn of Students for Concealed Carry said. “The students, faculty, and staff who currently carry handguns for their self-defense are not having shootouts at parties, they are not having gunfights in the streets.”

A group known as “ Gun Free UT” disagrees, saying the decision will “create a threatening atmosphere and chill free speech in academics.”

At least one professor, Nobel Prize winning physicist Steven Weinberg, vowed to ban guns from his classroom even after SB 11 takes effect.

“I will put into my syllabus that the class is not open to students carrying guns,” Weinberg said. “I may wind up in court. I’m willing to accept that possibility.”