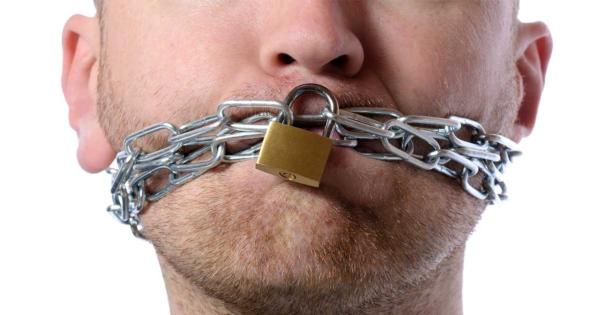 Two student groups are suing the University of South Carolina, hoping to force the school to eliminate a policy prohibiting “unwelcome” and “inappropriate” speech.

The lawsuit, filed last week by student Ross Abbott and the school’s Young Americans for Liberty (YAL) and College Libertarians (CL) groups, alleges that USC retaliated against Abbott for his role in organizing an event last fall protesting unconstitutional speech restrictions on campus, and asks the court to invalidate university policies governing the location and substance of on-campus expression.

"No one should have to explain their speech to a government bureaucrat under threat of punishment..."

The Foundation for Individual Rights in Education (FIRE) announced on its website that it will be sponsoring the lawsuit as part of its Stand Up For Speech Litigation Project, which has produced policy changes in each of its 11 previous challenges against speech restrictions.

Sevcenko was referring to an outdoor display jointly hosted by the YAL and CL groups in November featuring posters with examples of speech restrictions at American universities. Despite their opposition to the school’s policies, the groups say they followed them to the letter, securing permission from Director of Campus Life Kim McMahon and confining their activities to the designated “free speech zone.”

According to the lawsuit, the students gave McMahon “a detailed description” of their plans, specifically noting that some of their posters would contain images of potentially offensive words and symbols, but still received her full endorsement.

“I see no controversy in educating campus about what is happening in the world,” the lawsuit quotes McMahon from her statement approving the event. “My goal would be to help you organize in a way that the ‘controversy’ is a chance to learn and grow (and even be a bit uncomfortable), not further any intolerance, censorship or acts of incivility.”

Yet after three students filed formal complaints claiming that some of the messages were “offensive” and “triggering”—specifically, a depiction of a swastika and a poster with the word “wetback” on it—USC presented a “Notice of Charge” letter to Abbott, who serves as president of the College Libertarians, informing him that the school would be investigating him for “discrimination,” and that he could face penalties as severe as expulsion.

The investigation was dropped two weeks later after Abbott and YAL President Michael Kriete defended themselves in a meeting with administrators, but the students maintain that USC has failed to make any revisions to the underlying policies, as they requested at the time.

With their lawsuit, the students are not only seeking redress for the hardship imposed on them by the investigation, but are also hoping to force USC to abandon the underlying speech codes so that no other groups have to go through the same ordeal in the future.

“No one should have to explain their speech to a government bureaucrat under threat of punishment, especially on a college campus, but that is exactly what USC made Ross do,” Sevcenko said.

For his part, Abbott expressed optimism about the suit, saying that while the original event had been targeted at students, “apparently it was my school’s administrators that needed the lesson … [and] now, with FIRE’s help, we’re going to give it to them.”

Spokespersons for USC did not respond to requests for comment from Campus Reform.