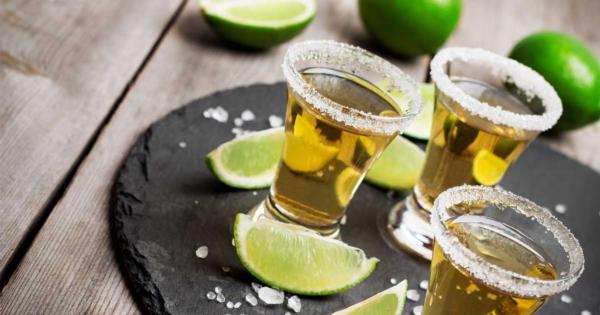 Students who attended last weekend’s “tequila themed party” at Bowdoin College are now being threatened with disciplinary action, including a year of social probation and impeachment from the student government.

Earlier this week, Bowdoin administrators launched an investigation into “an act of ethnic stereotyping” when a group of students allegedly hosted a racially charged party. Students were encouraged to bring tequila to the party and some students were photographed wearing sombreros. The theme, however, did not sit well with administrators or the student government.

"We will need to continue to support one another, to see these unwarranted and ignorant attacks for what they are, and to condemn them."

“It has come to my attention that an act of ethnic stereotyping may have occurred at the College over the weekend,” Dean of Students Tim Foster wrote in a campus-wide email. “I have spoken with President Rose about this, and my office is in the process of investigating what we have learned from students and from posts on social media.”

Around the same time, Bowdoin’s Student Government voted unanimously to issue a “statement of solidarity” as well as a resolution to “stand by all students who were affected by the ‘tequila’ party that occurred on 20 February 2016.”

The resolution demanded that administrators create a “supportive space” for students who felt targeted by the party.

Now, members of the Bowdoin Student Government (BSG) have introduced articles of impeachment for two of its representatives who allegedly attended the party. The articles of impeachment, according to The Bowdoin Orient, stated that the two representatives violated BSG’s constitutional nondiscrimination policy and performed “injurious actions to other members of the General Assembly.”

The Orient also noted that the two representatives violated their own previous votes when the BSG condemned last semester’s “gangster party.” According to The Orient, this is the first time the BSG has moved to “indefinitely remove” a member of the assembly.

On Wednesday, the student body had the opportunity to speak before the BSG and voice their opinions on the situation.

“I’m not condemning anyone’s figure, I’m not saying you’re a bad person, but to attend an event that hurts other students and those students put you up there, I’m sorry but you lost your privilege to represent those students,” student Rob Adams said.

Another student, Bill De La Rosa, agreed with Adams but took it even one step further.

“What these students did violated that agreement that was made on October 28—that is a fact,” De La Rosa said. “And I’ll take it a step further—and I use this word seriously—tainted the experiences of college students, first year students on this campus. They feel trapped to be in this place, that if they transfer they’ll lose their financial aid, and that’s wrong.”

Hosts and attendees of the party are also facing strict disciplinary action, according to The Orient. One of the party’s hosts was placed on social probation until March 2017, asked to complete an educational program and an Active Bystander Training, kicked out of her dorm room, and banned from social events on campus, such as an upcoming Spring Gala.

One student who attended the party and was photographed wearing a sombrero told The Orient he was placed on social probation until fall 2016. Although he confessed to wearing a sombrero, he said he was never given the opportunity to explain himself to the dean.

Some students who attended Wednesday’s BSG meeting disagreed with the strict punishments students are facing.

“Victimizing Clare (party host) for a large and complex system of racism will not fix the problem,” student Dana Williams said. “We need a space where all students feel genuinely welcome to talk about this issue. And so having people like Clare on the Bowdoin Student Government will make...that more of a welcoming environment to everyone. Because without a discussion from both sides that is rational and calm, nothing will get done.”

Another student claimed the punishments distract from BSG’s goal of educating and encourages discord on campus.

“To me, that sounds not restorative in any way, it sounds punitive,” student Joe Lace said. “It sounds as if the offended party is effectively perpetuating the divide between the offended and the offender, and where is the learning process in that?”

The BSG representatives facing impeachment will have the opportunity to appeal.

Administrators have been mostly quiet, except for Foster, who issued a second email on Tuesday.

“Unfortunately, we are quite certain we have not seen the last of these situations,” he wrote. “We will need to continue to support one another, to see these unwarranted and ignorant attacks for what they are, and to condemn them.”