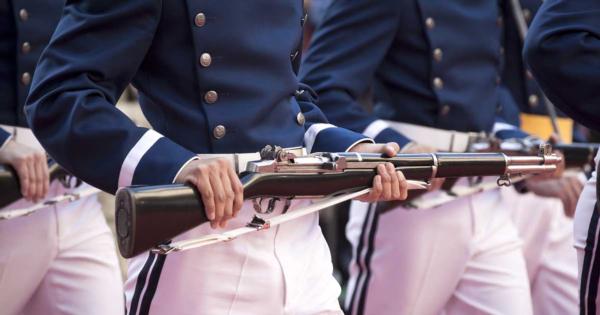 A professor at the University of North Dakota (UND) has pledged to call the police every time she sees a gun on campus, even if the gun is unloaded and fake.

“It’s not my job to decide whether people carrying guns at school are an actual threat. It’s my job to teach and to get home to my family,” Professor Heidi Czerwiec wrote in a letter to the Grand Forks Herald.

Last week, Czerwiec called her local police department to investigate an alleged gun threat on campus. The threat, however, was two ROTC students carrying guns on their way to a routine training exercise.

“I look up from my office computer to see two figures in camo with guns outside my window,” Czerwiec wrote when describing the incident. “My first thought is for my students’ and my safety: I grab my phone, crawl under my desk and call 911. The dispatcher keeps me on the line until someone can see if ROTC is doing maneuvers.”

The dispatcher confirmed with Czerwiec that she had likely just seen a standard training exercise. Rather than responding with relief, however, Czerwiec wrote that she reacted with “fear” and “rage” because the university had the audacity to allow such an outrage to occur.

“I can barely talk—first, with fear, and then with rage when the dispatcher reports back that yes, in fact, I’ve probably just seen ROTC cadets, though they’re going to send an officer to check because no one has cleared it with them. They thank me for reporting it,” she said.

She then explained that a university police officer called to tell her that ROTC has permission to conduct practice drills on campus.

“A few minutes later, a university officer calls me back—not to reassure me, but to scold me for calling 911. He says ROTC has permission to do this exercise. When I tell him that this was news to 911 and that they encouraged me to call whenever I see a gun on campus, he seems surprised,” she wrote.

The officer then warned Czerwiec that ROTC will be conducting training exercises on campus for the next several weeks.

“So I reply that I guess I’ll be calling 911 for the next couple weeks—and I will. Every time,” she said in response. “It's already highly inappropriate to conduct unnecessary military maneuvers in the middle of the quad. But with school shootings on the increase and tensions at UND running high, it's especially irresponsible.”

The university has now said it will send a campus-wide notification before each exercise, and will personally notify Czerwiec before each drill.

“We did send an email notifying all students, faculty and staff that ROTC would be holding exercises throughout the spring in the Quad portion of campus. But we recognize that the notification wasn’t sufficient,” UND spokesmen Peter Johnson said. “We provide a safe environment for our students, faculty and staff but in this instance we could have done a better job of helping students and employees know that this was a safe training exercise.”