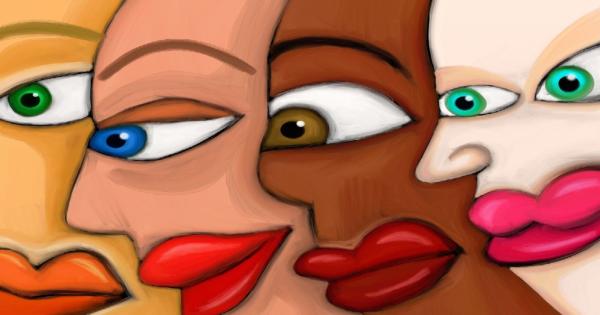 Skidmore College is receiving more than $1 million to “explore diversity through art,” and is planning new courses to complement art exhibits from “diverse or traditionally underrepresented artists.”

According to Saratoga.com, Skidmore has received two separate grants totaling $1.2 million over three years: $860,000 from the Andrew W. Mellon Foundation and $360,000 from the Ellsworth Kelly Foundation, both of which are earmarked for an initiative aimed at improving and exploring diversity on campus.

“The Tang Museum’s collection is particularly strong in works of art that speak about race and identity—in the last five years, more than half our exhibitions focused on either diverse or traditionally underrepresented artists.”

In a press release announcing the grants, the college states the money will be used “to strengthen the ways the Frances Young Tang Teaching Museum and Art Gallery uses its collection to explore issues of identity and race,” calling the effort “a key part of the College’s commitment to diversity, integrative learning, and community engagement.”

On its website, the school says the purpose of the Tang Museum is to “awaken the community to the richness and diversity of the human experience through the medium of art,” adding that students and faculty are encouraged to consider the museum “a significant aspect of the interdisciplinary undergraduate liberal arts education.”

“The Tang Museum’s collection is particularly strong in works of art that speak about race and identity—in the last five years, more than half our exhibitions focused on either diverse or traditionally underrepresented artists,” Ian Berry, Dayton Director of the Tang Museum, explained in the press release. “A leading part of our mission is to foster inclusion and critical discussions through the arts, and we are continuing to grow both our collection and our programming to serve as a national model on this front.”

For students at Skidmore, though, the effects of the new grants will not stop at the Tang Museum.

As part of the grant-funded initiative, museum staff will work with Skidmore faculty and students to develop new interdisciplinary courses, using exhibits from the museum as a “catalyst for conversations” about innovating the curriculum.

Through these courses, students will explore “issues of critical importance” by observing art pieces and drawing connections between those issues and exhibits. The Tang Museum will also cooperate with other colleges and universities, specifically the New York Six Liberal Arts Consortium and local community colleges, “that serve racially diverse populations in the region.”

The ultimate stated goal of this initiative is to complement the work Skidmore is already doing to improve diversity on campus, as well as ensuring that every student “develops the intercultural understanding and global awareness necessary to thrive in this complex and increasingly interconnected world.”

Spokespersons for Skidmore did not respond to requests for comment from Campus Reform in time for publication.