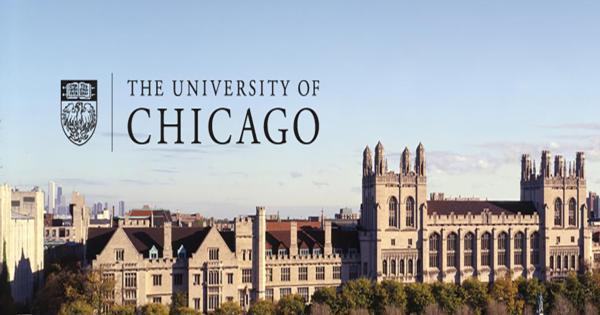 The University of Chicago (UC) is refusing to rest on its free speech laurels, announcing a major effort to improve enforcement of the commitments made in its influential “Chicago Statement.”

In a post on its website Thursday, the university announced the creation of a Committee on University Discipline for Disruptive Conduct, which will spend the next several months reviewing existing disciplinary procedures in order to suggest new strategies for enforcing the school’s oft-stated support for free expression.

“Recent incidents at University events, where audience members foreclosed discourse by shouting down speakers and otherwise interfered with the opportunity of attendees to hear those speakers and appropriately contest their ideas if they so desired, threaten the core University values of legitimate dissent and protest and free expression that the Strauss and Stone Reports reaffirm.”

Over the past several years, UC has taken numerous steps to establish a robust definition of free expression, starting in 2013 with an update to Statute 21 of the University Statutes, which defines “disruptive conduct” to include any behavior that interferes with educational activities, authorized use of school facilities, or the rights and privileges of any community member.

In January 2014, an Ad Hoc Committee on Protest and Dissent followed up with a report (known as the Strauss Report after committee chairman and UC Law School professor David Strauss) clarifying that while “dissent and protest are integral to the life of the university,” the principles of free expression also impose “obligations of mutual respect on everyone involved.”

Later that year, UC formed the Committee on Freedom of Expression chaired by Law prof. Geoffrey Stone, which proceeded to issue its own report in January 2015 articulating the broadest possible interpretation of the school’s obligations under the First Amendment.

The Stone Report, also known as the Chicago Statement, begins by recounting examples from throughout the school’s history, dating all the way back to its founding, highlighting UC’s history of tolerance toward controversial viewpoints. In the 1930’s, for instance, the report notes that Communist Party presidential candidate William Z. Foster was allowed to deliver a speech on campus despite vehement protests involving both students and concerned citizens.

“It is not the proper role of the University to attempt to shield individuals from ideas and opinions they find unwelcome, disagreeable, or even deeply offensive,” the statement concludes, endorsing only the “narrow exceptions” outlined by the Supreme Court for speech that violates the law, falsely defames an individual, or constitutes a genuine threat or harassment.

Despite those repeated affirmations of its support for free expression, however, UC has determined that rhetoric alone is not sufficient to translate those commitments into practice, citing continuing instances of disruptive behavior on campus.

“Recent incidents at University events, where audience members foreclosed discourse by shouting down speakers and otherwise interfered with the opportunity of attendees to hear those speakers and appropriately contest their ideas if they so desired, threaten the core University values of legitimate dissent and protest and free expression that the Strauss and Stone Reports reaffirm,” the announcement explains.

The reason such conduct persists, according to the release, is that UC remains burdened by the “cumbersome procedures” set forth in its All-University Disciplinary System, which was instituted in 1970 and last updated in 1976.

In addition to streamlining the disciplinary process and revising the range of sanctions for disruptive conduct by both students and non-students, the newly-created Committee is also being asked to “make recommendations for responses in the midst of an event where disruptive individuals prevent others from speaking or being heard”—an issue that has confounded other universities in several recent cases.

Yet while punishment is the Committee’s primary focus, it will also address the problem of disruptive behavior from a more nurturing angle by suggesting ideas for “educational programming to discuss with students the rights and responsibilities conferred by the freedom of expression on our campus,” which the university hopes will instill an understanding that others are entitled to the same speech protections that students demand for themselves, even when the speech in question is “offensive or even loathsome.”