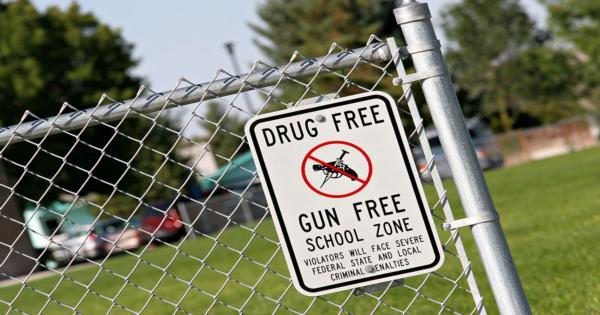 Three professors at the University of Texas at Austin (UT) are taking the state to court over the constitutionality of concealed firearms carry on the college campus.

Campus carry was passed by the state legislature and signed into law by the governor last summer, but the professors are contending that it violates their First, Second, and Fourteenth Amendment rights in a bid to prevent it from going into effect on August 1, The Texas Tribune reports.

“The suit’s suggestion that campus carry is ‘dangerously experimental’ is, on its face, laughable.”

Sociology professor Jennifer Lynn Glass, English professor Lisa Moore, and English professor Mia Carter are the plaintiffs in the suit. Glass holds the honor of Barbara Bush Professor of Liberal Arts in the Department of Sociology.

The professors say the state is forcing “overly-solicitous, dangerously-experimental gun policies” on UT.

Moore, who is gay, likened the lawsuit to the movement to legalize gay marriage, The Dallas Morning News reports.

The professors said they think that the presence of guns could limit their sensitive class discussions on topics including gay rights and abortion.

“Compelling professors at a public university to allow, without any limitation or restriction, students to carry concealed guns in their classrooms chills the First Amendment rights to academic freedom,” the lawsuit reads.

“If the state is to force them to admit guns into their classrooms, then the officials responsible for the compulsory policy must establish that there is a substantial reason for the policy and that their regulation of the concealed carrying of handguns on college campuses is ‘well regulated.’” the lawsuit reads. “Current facts indicate that they cannot do so.”

The new law compels all public universities in the state to allow concealed handgun license holders to carry on their campuses, with limited exceptions for certain events and venues. Private universities are not required to follow the law, and nearly all of them have announced that they take advantage of an opt-out provision.

Campus carry is slated to take effect on the 50th anniversary of the UT Massacre, during which a gunman in the school’s bell tower shot and killed 14 people.

Students for Concealed Carry released a statement denouncing the lawsuit, calling it “without legal precedent or factual foundation” and suggesting that it could even be an effort to influence the university’s Board of Trustees, which is scheduled to address UT’s campus carry policies next week.

“The suit’s suggestion that campus carry is ‘dangerously experimental’ is, on its face, laughable,” said Antonia Okafor, the southwest regional director of Students for Concealed Carry. “It's been allowed on more than 100 U.S. college campuses for an average of seven years, without a single report of a resulting assault, suicide attempt, or fatality of any kind.”

Okafor also pointed out that since Texas legalized concealed carry 20 years ago, there has been no evidence tying the law to increased crime rates.

“To put it in terms these professors should understand, the clinical trials are over, and campus carry has been shown to pose little risk to public safety,” Okafor concluded.