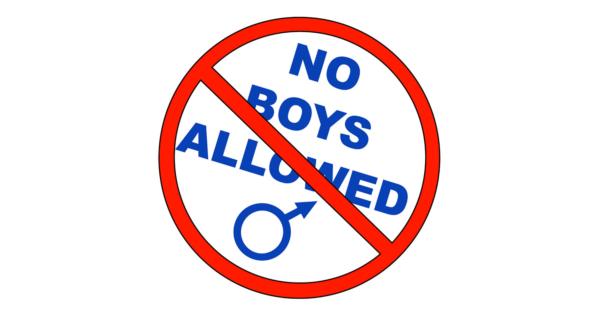 A University of Michigan professor has filed a formal complaint against Michigan State University, saying a female-only study lounge is discriminatory toward men.

The professor, Mark Perry, is an American Enterprise Institute scholar who also teaches economics and finance at UM's Flint campus, where he is a “Faculty Affiliate of the Women’s and Gender Studies Program.” He filed the complaint with the Michigan Department of Civil Rights at the beginning of the summer because Michigan State, a taxpayer-funded school, prohibits men from entering a lounge reserved exclusively for women.

“It is certainly a double-standard, since it would be completely unacceptable to have a men’s-only lounge.”

“I believe that MSU’s practice of allowing and maintaining a Women’s-Only lounge is a blatant violation of male students’ civil rights, and has only been allowed to persist because nobody has challenged them on their legal public space that excludes men,” Perry told Campus Reform.

Perry explained that the lounge violates Title IX, a federal law that prohibits discrimination on the basis of sex in any federally funded education program or activity.

“This seems like a clear violation of federal law according to Title IX, and a clear case of gender discrimination against men in a public space/accommodation,” the complaint reads.

The lounge, Perry noted, is “prime real estate” and is just under half the size of the University Union’s main lounge, which does not discriminate based on gender.

“For several years now, I have followed MSU’s discriminatory practice of maintaining of a study lounge on the first floor its Student Union (right inside the main entrance) that discriminated against male students by not allowing them to enter that “women’s-only space” in a prime location on campus,” Perry told Campus Reform.

Indeed, The State News, MSU’s student newspaper, reported in 2011 that the Women’s Lounge inside the Union is one of the “very few places on MSU’s campus that aren’t open to everyone,” for which it has attracted criticism from other faculty members in addition to Perry.

“This will probably get me in trouble with my feminist friends but it doesn’t make sense to me to have that in this day in age,” Tina Timm, an assistant professor in the College of Social Sciences at MSU, told The State. “If there was a lounge or study area specifically for men, I think there would be a lot of pushback.”

Perry also believes the lounge violates the Michigan Civil Rights Initiative, a 2006 amendment to the Michigan Constitution, which states that Michigan State University and any other public college or university, community college or school district “shall not discriminate against, or grant preferential treatment to, any individual or group on the basis of race, sex, color, ethnicity or national origin.”

Even so, Perry told The Daily Caller that he isn’t optimistic about his complaint, noting that the lounge, which has been open since 1925, has been repeatedly challenged to no avail.

In 1978, for instance, history and economics senior Bruce Guthrie filed a complaint when he was asked to leave upon entering the lounge, only to have it dismissed by the Michigan Civil Rights Commission in Detroit in 1980.

MSU crisis communications manager Jason Cody told TheDC that the university had no knowledge of Perry’s complaint, but that it continuously evaluates facilities and programs to ensure access for all students.

Coincidentally, though, Cody also revealed that plans are already underway for revamping the study lounge area, saying, “the redesign and construction of the space is slated for completion in August 2016 and will include lactation space and a quiet study lounge that is open to all students.”

Perry questioned the need to convert part of the lounge into a nursing room, pointing out that MSU already has more than 70 lactation rooms for women “who need to express breast milk during their time on campus.”

Some students have found themselves conflicted on the matter, however, struggling to reconcile the competing priorities of inclusivity and non-discrimination.

“I think ultimately I would support having a women’s lounge, just because I think there are fights that women are still having,” student Zachary Derade told The State. “But at the same time I feel that separating women from men can be detrimental from the fact that they are separated. I think finding something more inclusive would be a better idea.”

Perry maintains a blog called Carpe Diem where he has written about the lounge and its legality.

“It is certainly a double-standard, since it would be completely unacceptable to have a men’s-only lounge,” he told Campus Reform.