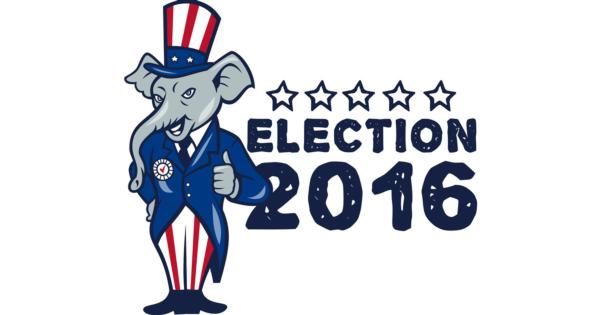 Within the 66 pages of the GOP platform, the Party emphasizes several higher education issues, including Obama’s handling of sexual discrimination, federal financial aid, liberalism on campuses, and the need to encourage new systems of learning to complement traditional four-year colleges.

“[There is] an ideological bias deeply entrenched within the current university system.”

Perhaps the most high-profile topics mentioned, though, are free speech and academic freedom, which have been under relentless attack by university administrators of late.

“Our colleges, universities, and trade schools...form the world’s greatest assemblage of learning,” but “their excellence is being undermined by an ideological bias deeply entrenched within the current university system,” the Party asserts, saying that while private institutions should be free to find their own solutions, the trustees of state schools “have a responsibility to the taxpayers to ensure that their enormous investment is not abused for political indoctrination.”

Calling attention to the underlying educational mission of colleges and universities, the platform explicitly rejects the idea of creating “zones of intellectual intolerance, or ‘safe zones,’ as if college students need protection from the free exchange of ideas,” mentioning the anti-Israel Boycott, Divestment, and Sanctions (BDS) movement as a particularly egregious threat to free and open discourse on campus.

“A student’s First Amendment rights do not end at the schoolhouse gates,” the section concludes. “Colleges, universities, and trade schools must not infringe on their freedom of speech and association in the name of political correctness.”

The rising cost of attending college, a recurring subject of protests and debate, is also discussed in the platform, where the GOP states that the “federal government should not be in the business of originating loans,” and that in order to bring down college costs and give students access to multiple financing options, private sector participation in student financing should be restored.

“Over half of recent college grads are unemployed or underemployed, working at jobs for which their expensive educations gave them no preparation,” the platform notes. “We need new systems of learning to compete with traditional four-year schools: Technical institutions, online universities, lifelong learning, and work-based learning in the private sector,” because four-year institutions are “not the only path toward a prosperous and fulfilling career.”

The GOP also takes issue with the Obama administration’s Title IX directives, accusing Democrats of deliberately misusing the law’s provisions for their own political purposes.

Even as the federal government has attempted to use Title IX to advance a progressive policy agenda, for instance, it has largely been silent in response to instances of sexual discrimination against men, such as the women’s-only lounge at Michigan State University that has been repeatedly challenged as a Title IX violation.

“We emphatically support the original, authentic meaning of Title IX of the Education Amendments of 1972,” the document declares, asserting that the original intent of the law has been distorted by bureaucrats in the Obama administration “to impose a social and cultural revolution upon the American people by wrongly redefining sex discrimination to include sexual orientation or other categories.”

Specifically because “sexual assault is a terrible crime,” the platform argues that such allegations “must be promptly investigated by civil authorities and prosecuted in a courtroom, not a faculty lounge,” both to ensure the due process rights of defendants and to ensure that those found guilty in court are “punished to the full extent of the law.”