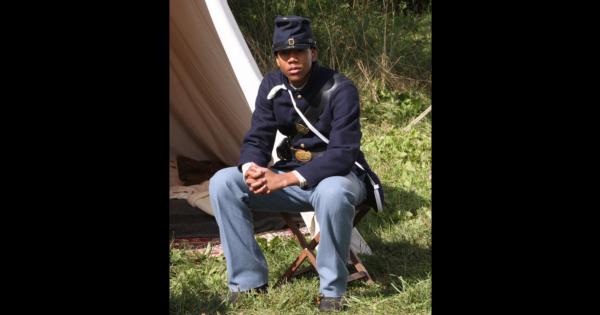 History will soon be a thing of the past at a historically black Missouri university, despite opposition from faculty and the school’s own impressive historical pedigree.

Originally founded as the Lincoln Institute in 1866 by black Civil War veterans of the 62nd and 65th U.S. Colored Infantry regiments, Lincoln University was among the first of what are now known as historically black colleges and universities (HBCU), and is celebrating its 150th anniversary this year.

“We all feel like this is an ominous, dreadful thing we’re headed toward.”

Lincoln University’s Board of Curators voted 4-2 in a special session this week to “deactivate” its history program for both the bachelor of arts and bachelor of science tracks, according to Inside Higher Ed. The disbandment will last three years, at which point the program will be reviewed to decide if it will be restructured or eliminated altogether.

Students will be unable to declare as history majors during the deactivation, but plans have been devised to accommodate existing students. History courses will continue to be offered as general education requirements even after the deactivation is complete, but will no longer be available as a standalone field of study.

A few days before its unscheduled meeting, the Board of Curators posted an agenda the mentioned “the elimination, deactivation, restructuring, and maintenance of degree programs” as a topic of discussion. The announcement caught history professors off-guard, because while the department had been made aware of the plans for its impending deactivation, faculty members expected to have until fall to prepare for the conversation.

Moreover, even though Lincoln recently completed a comprehensive review of its academic offerings as required for reaccreditation by the Higher Learning Commission, members of the faculty committee that conducted the assessment dispute the school’s claim that deactivation was among its recommendations.

“Deactivation of a program means students will not be allowed to enroll in the program, but additional time is needed to determine whether the program should be restructured or eliminated,” the school explained in a news release announcing the decision. “These curriculum changes come after a thorough review of 11 of the university’s degree programs,” it adds, saying, “the decision was made based on recommendations of a committee.

History professor and department chair Michael Bardot, who served on the review committee, refuted that assertion, telling Inside Higher Ed that while he and his colleagues did suggest cutting two other programs—applied science in early childhood education and music education—the history department was not one of them.

The university will lay off some professors as part of the program cuts, which it estimates will save about $300,000, though there are no plans to slash staff immediately.

Several professors and staff members strongly oppose the decision to eliminate history majors, especially given the lack of an official recommendation, and among the most vocal is Dr. Bryan Salmons, who chairs the English, Foreign Languages, and Journalism Department and also serves as president of the Faculty Senate.

“We all feel like this is an ominous, dreadful thing we’re headed toward,” Salmons said on behalf of critics, calling the decision “the kind of irrevocable change that will prove destructive to the kind of institution we’re supposed to be.”

Opponents say it makes little sense to cut an entire history department at a historically black college, noting that history degree programs at such institutions are often better known for “promoting a broader view of history” than other colleges.

University president Dr. Kevin Rome also weighed in on the debate, defending the decision on the grounds that it will free up resources for more-popular programs.

“Our students deserve academic offerings that allow them to be competitive with their peers as they move on from our campus into a career,” he said, claiming the university will “better use the resources of those programs to strengthen those degrees with a higher demand.”

“Every supporting rationale that’s been provided and almost every reason that’s been stated is palpably false,” Salmons countered, citing the claim that a committee recommended the program’s restructuring and suspension. “This happened at the executive level and any other way of representing it is misleading.”

University spokespersons, however, argue that there are valid reasons for the deactivation, asserting that there were not enough students enrolled to support the history program, especially since there is “low regional and national career demand” for students with history degrees.

Lincoln University also says the school’s accreditor requires regular and consistent reviews of their programs to stay accredited by the Higher Learning Commission. Likewise, Missouri Department of Higher Education requires all undergraduate university programs to enroll and graduate at least 10 students each year. Lincoln University only graduates, on average, 4.4 students.

Even so, Salmon claims many other programs do not meet that criteria either, asserting that only about 16 of Lincoln’s 39 departments would continue to be offered if that criterion was applied stringently.

In a final rebuke of the university, Salmons argued that there is something “especially repugnant about doing away with the history major at an HBCU,” saying, “That would seem to be a third rail. Why would you go there? But they’re doing it anyway.”

John Bullion, a history professor at the University of Missouri, expressed similar concerns in an email to Lincoln University’s Board of Curators, showing that the controversy extends even beyond Lincoln’s campus.

Deactivating the program is equivalent to “watering the seeds of disunion, confrontation, hatred, and violence,” Bullion admonished the Curators. “Particularly troubling is this: that a distinguished historically black university would consider such a measure.”