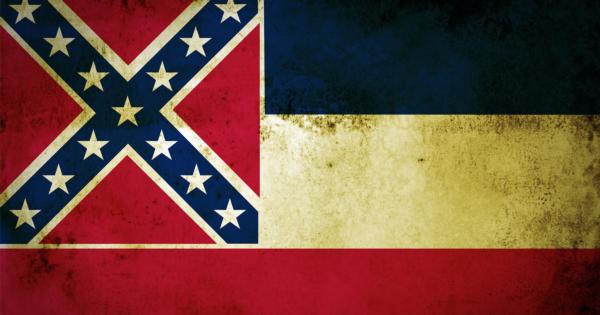 Donald Trump, Jr. expressed support for displaying the Mississippi state flag Tuesday, though critics have condemned it as a hated symbol of the Confederacy.

Trump, campaigning at a Mississippi county fair for his Republican presidential candidate father, told Fox 25 that flying the flag, which features a Confederate battle flag in its canton, is a respectable tradition.

"I don’t see a lot of the nonsense that was created with some of these things."

“I believe in traditions,” Trump explained. “I don’t see a lot of the nonsense that was created with some of these things. Those are issues and I understand how people feel about some of them, but leaving some of the traditions the way they are in this country, there’s nothing wrong with some tradition.”

Trump’s opinion would not be welcomed in Philadelphia this week.

Philadelphia city workers took down the Mississippi state flag from a pole near the Democratic Natoinal Convention (DNC) Monday after protesters tried to do it themselves.

One man tried to throw his shoe, tied to a rope, to pull it down. Protesters sat in the street, singing and chanting “Black Lives Matter”.

Another protester berated a black police officer keeping the crowd away from the state flag.

“You’re standing out here defending this flag, with brown skin, that’s hateful, that’s pathetic,” the man said. “You’re working for the government, you’re not working for us.”

The protester proceeded to chastise the policeman for having a “white” last name.

A police officer called in a city bucket truck crew to remove the flag and appease the crowd, despite not realizing what it represented.

“I don’t know what flag that is, but I don’t like it myself,” the police officer said.

Mississippi college students have also had their share of protests against the state flag. Black Lives Matter-inspired protesters at Mississippi State University recently called for the removal of the flag, equating it to a symbol of slavery.

At the University of Southern Mississippi, a police officer told students that they were no longer allowed to fly their own state flag on campus by order of the university president.