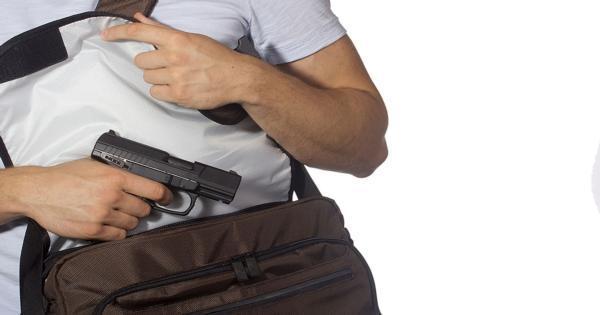 Students at Texas public universities who possess a concealed handgun license are now permitted to bring their firearms to most areas of campus.

Beginning August 1, the campus carry law signed in 2015 by Gov. Greg Abbott and passed by the Republican legislative majority takes effect, making Texas one of only eight states with provisions allowing concealed weapons on public university campuses, according to CBS Dallas/Fort Worth.

One professor worries that allowing students and faculty to carry on campus will stifle classroom discussion.

The law coincidentally took effect on the 50th anniversary of the UT shooting, where engineering student and marine-trained sniper Charles Whitman killed 14 people and wounded 32 others from the observation deck of the 27-story clock tower in the heart of UT’s Austin campus. One of the first students he killed was eight months pregnant.

Many opponents of the new legislation are University faculty, including the former dean of the University of Texas School of Architecture who left for a position at the University of Pennsylvania because of his opposition to allowing guns on campus, Fox News reports.

Another professor worries that allowing students and faculty to carry on campus will stifle classroom discussion because the presence of handguns could deter students from expressing differing opinions.

The University of Texas at San Antonio reacted to the imminent legalization of concealed carry on their campus by placing stringent restrictions on where students were permitted to carry, including residence halls, housing units, counseling and health service centers, child care facilities, sporting venues, and the university food court.

Romo said that campus carry is a “distraction from our mission of providing excellence to our students and our community” and that concealed carry could compromise the classroom environment where open discourse and intellectual diversity is encouraged.

According to CBS Dallas/Fort Worth, UT Dallas doesn’t permit guns in five freshman dorms, but most buildings permit firearms including the Visitor’s Center and gym. UT Arlington does not allow firearms in their workout areas.

UT Austin teachers are able to ban firearms in their offices, but firearms are allowed in residence hall common areas, although forbidden in sleeping areas. Texas A&M, however, allows guns in dorm rooms.

Guns are allowed in most classrooms throughout the state, but are banned at all hospitals and sporting events at all public universities.

Despite the more-lenient concealed carry laws at public universities in Texas, open carry is still banned at private universities and community colleges. Campus Carry law on those campuses don’t go into effect until 2017, CBS DFW reports.

To get a concealed carry license in Texas, a person must be 21 years old, or 18 years old if they’re in the military. They must also pass classroom and gun range training courses and have no felonies or high-level misdemeanors, as well as no history of mental illness.

Texas has more than one-million holders of concealed-handgun licenses.