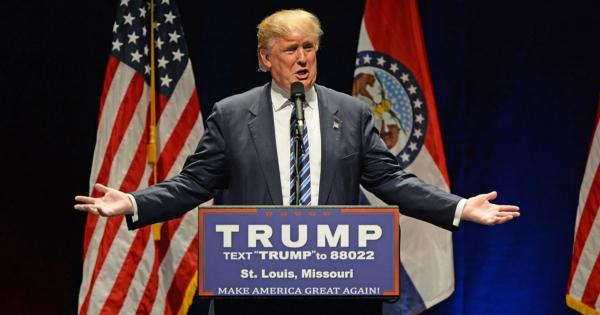 The Harvard CR’s released a statement via Facebook noting that although the club has endorsed every Republican nominee since 1888, its members had overwhelmingly refused to support Trump in internal surveys.

“The club’s primary goal will be to continue to promote and defend Republican principles.”

“We call on our party’s elected leaders to renounce their support of Donald Trump, and urge our fellow College Republicans to join us in condemning and withholding their endorsement from this dangerous man,” the club writes.

On Sunday, Princeton College Republicans seemingly heeded that call, issuing a statement to The Daily Princetonian that describes the group’s decision not to endorse Trump’s candidacy, though the members do plan to campaign for the GOP in state, local, and congressional races.

“As in past election cycles, the Princeton College Republicans will be working to promote Republican policies—limited government, the free market system, a strong national defense—amongst our college-aged peers,” the statement reads. “To that end, we will be actively campaigning for Republican candidates who will implement those policies when elected. In particular, we plan to focus on Congressional campaigns in New Jersey and other nearby states.”

Several other CR chapters around the country have likewise expressed reluctance to endorse the Republican nominee, with most of their sentiments and concerns being rooted in what they perceive as Trump’s touting of non-conservative and un-American values.

“Everybody hates Trump,” Matt Shapiro, the executive director of University of Pennsylvania’s campus Republican Organization told ABC News. “I always just thought I was going to support the Republican nominee; I thought about the Supreme Court, but then he started talking, and just about everything that came out of his mouth was: a.) not conservative, and b) not even American, the way he spoke about women, minorities—just across the board.”

Robert Guerra, the president of the College Republicans at University of Texas, told ABC News that when his group last met in May, not one person said they would be voting for Trump.

The University of South Carolina and University of Pittsburgh’s College Republicans chapters have expressed skepticism of his candidacy, as well.

“We’re trying to make sure we don’t come out against him, but not coming out so much gung-ho for him, just because so many young conservatives and college students in general are not sold on him,” Pasternak told ABC News.

Similarly, University of Pittsburgh’s College Republican chapter has yet to decide on whether to formally denounce Trump, support him, or remain neutral.

“A split exists in our chapter between those who will be supporting Trump and those who have decided not to,” Arnaud Armstrong, Vice President of Pitt College Republicans told Campus Reform.

“Most of the members, however, seem to be somewhere in the middle; they are likely to vote for Trump but are not likely to help his campaign as they would for other Republican nominees.”

"As members of the Republican party, we wholeheartedly back the statewide & local GOP incumbents and candidates who are running in this election,” one of the executive officers explained on behalf of the club. “The subject concerning endorsing Trump has been a convoluted subject, and as an executive board, we will make our official decision after receiving a majority agreement with our organization when we return for the upcoming semester.”

Jason Maulucci, a rising senior at the University of Vermont and chairman of the Vermont Federation of College Republicans which includes students from Middlebury College and Castleton State, told VPR that the group had discussed publicly denouncing Trump since April.

“I think it's very doubtful that the group would endorse Mr. Trump. I think most of us don't think Donald Trump is capable of being president,” he told VPR Friday. “We don't think he has the temperament to be president.”

“The club’s primary goal will be to continue to promote and defend Republican principles,” Hunter Estes, Membership Director of Georgetown College Republicans told Campus Reform, adding defiantly that “in the wake of Harvard’s decision, liberal individuals and groups such as the Georgetown University College Democrats have attempted to use social media to pressure the club into denouncing our party’s candidate.”

He did note, however, that “much like Princeton, we aim to allow the individual members of our club to make their own decisions in evaluation of our candidate. Our goal as club leadership is simply to unite people of a similar mindset and work towards the favorable promotion and implementation of Republican ideas.”