Berkeley prof: workfare law is "a war on our nation’s children" 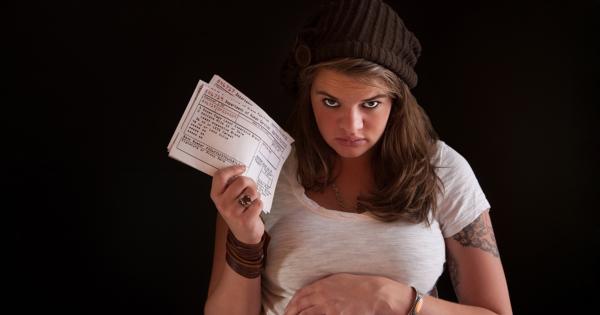 A University of California, Berkeley professor says work requirements for welfare amount to a “war on our nation’s children and their mothers,” and wants a return to a no-strings-attached dole.

“It was Bill Clinton who ended welfare for vulnerable mothers and children that had emerged out of the New Deal, replacing it with a Rotten Deal based on racist and classist stereotypes of single parents as feckless and irresponsible,” argues Nancy Scheper-Hughes, a medical anthropology professor, in a post on the Berkeley News blog. “Should Hillary Clinton be elected as our next president, I hope that she fights for a new social contract with U.S. families in need.”

“The welfare-to-workfare law was a war on our nation’s children and their mothers.”

The post is a follow-up to an earlier entry by Scheper-Hughes, in which she praises California Gov. Jerry Brown and state legislators for overturning caps on welfare payments that were enacted based on the Welfare-to-Work Act of 1997 that limited the duration of benefits and imposed work requirements on recipients.

The law, known as CalWORKS, replaced the Greater Avenues to Independence (GAIN) program, California’s version of the federal Aid to Families with Dependent Children (AFDC) program that was scrapped by the workfare law.

“Current welfare rules ensure that individuals who work are better off financially than if they do not work,” the California Department of Social Services (CDSS) explains on its website. “California's Welfare to Work (WTW) program is designed to assist welfare recipients to obtain or prepare for employment.”

The site further claims that all welfare-to-work participants receive an orientation to the program and an “appraisal” of their education and employment background, with most individuals also receiving assistance with searching for a job.

Scheper-Hughes, however, condemns the program as a detriment to mothers and young children across the state, citing her own experience as a “welfare mother” to bolster her case.

“The law made work obligatory for welfare recipients and welfare support was time-limited,” she notes. “The wording of the bill was so harsh that those of us who had once benefited by welfare began to creep out of the closet, so to speak, to make our stories public.”

Scheper-Hughes, who serves as the Chancellor’s Professor and Chair of the Doctoral Program in Medical Anthropology at UC Berkeley, is also the author of several books on mothers, reproduction, and “the small wars and invisible genocides” against “dangerous and endangered” children, and was a member of President Clinton’s Academic Advisory Panel in his 1999 National Campaign on Youth Violence.

Recalling the history of welfare in the United States, beginning with the open-ended AFDC program during the New Deal, Scheper-Hughes argues that while welfare once provided a “bridge” that allowed individuals to escape poverty, it has been undermined by “rotten” reforms intended to root out welfare abuse.

“While many single mothers were working, their schedules were such—two jobs, transportation problems, night shifts—that these former ‘welfare queens’ were sometimes forced to leave their children alone at night or in the parking lot behind a Burger King while working a night shift,” she asserts. “The children of coerced-to-work single mom’s were failing in school. Their mothers were too tired to help with homework.”

[RELATED: Bowdoin prof: no ‘moral right’ to more than one child]

Scheper-Hughes even denies that the pre-reform AFDC program was subject to the rampant abuse that its critics claim, claiming that “the average time that single mothers lived on welfare was two years, not the two or three cyclical generations of ‘entrenched’ welfare recipients that women and child-hostile advocates used to end the system,” though she does concede that generational welfare dependency was a problem in some isolated pockets.

Following a lecture she once gave at Southern Methodist University on that subject, she recounts opening up the floor to “a heated discussion among my privileged SMU students that devolved into a hate feast of negative stereotypes about welfare queens and their excess children.” Scheper-Hughes says the students’ opinions “stunned” her, but that she was able to surprise them right back by asking what they thought of having a former welfare recipient for a professor.

“The welfare-to-workfare law was a war on our nation’s children and their mothers. Its repeal is long overdue,” she concludes, reiterating that “Should Hillary Clinton be elected as our next president, I hope that she fights for a new social contract with U.S. families in need.”

Campus Reform reached out to Prof. Scheper-Hughes for comment, but did not receive a response in time for publication.