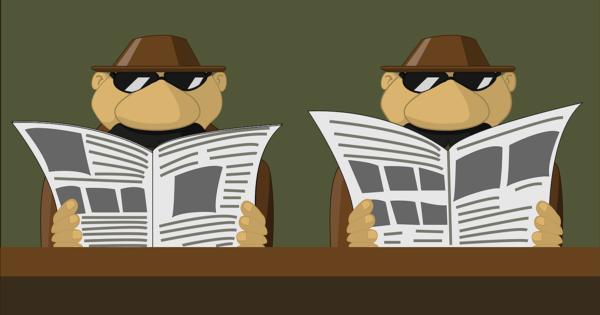 A sociology professor at Kennesaw State University blasted the school’s new bias reporting system, comparing the process to the intimidation tactics of the Stasi and the Gestapo.

Professor Melvyn Fein drew the comparison in a recent op-ed for the Marietta Daily Journal, recounting a “chilling” email he received from the Kennesaw Office of Diversity encouraging faculty to snoop and snitch on one another for microaggressions.

“Microaggressions? Give me a break.”

“My colleagues, students and I were being encouraged to report on violations of political correctness,” Fein explains. “Shades of the Stasi and Gestapo immediately danced before my eyes.”

Fein says the Office of Diversity defines a bias-motivated incident as “untoward behavior” based on a person’s identity, but also as “subtle statements” about appearances that “can be linked to historical stereotypes.”

“Put another way: Snowflakes of the world unite! You have nothing to lose except your integrity and our democratic traditions!” he exclaims.

State representative Earl Ehrhart (R) later echoed those sentiments through the same outlet, arguing in an op-ed of his own that such programs are the result of over-sensitivity.

“Snowflakes and their sensitive safe spaces,” Ehrhart snorts. “I doubt seriously the majority of Georgia taxpayers want their dollars going to such programs. Microaggressions? Give me a break.”

The result, Fein says, is “vigilante justice,” where people report on each other because they are offended by a comment or simply don’t like someone and want to get them in trouble.

Fein contends that this notion of vigilante justice is comparable to the Jacobin Committee of Public Safety, the de facto government during the Reign of Terror that encouraged citizens to report on counter-revolutionaries and eventually sentence them to the guillotine.

When he was informed that the KSU Center for Diversity Leadership and Engagement had hired its first round of fellows to do research on “disability, gender, GLBTIQ, race/ethnicity, and sustainability,” Rep. Ehrhart agreed that universities have gone too far in search of justice.

“Save us from these pampered and over-sensitive academics and the students they radicalize to these points of view. As Dr. Fein said in his editorial earlier in the week in the MDJ: Jacobins!” Erhart exclaims.

“Who counted [as] a counter-revolutionary? Soon enough, it was anyone the accuser did not like. Since guilt was in the eye of the beholder, no one—not even the most respected insurrectionists—was safe from indictment,” Fein explains. “In the end, matters got so out of hand that these insurgents were eating their own.”

This pattern continued through Nazi Germany, Communist East Germany, the Soviet Union, and Maoist China, he notes, arguing that while a bias reporting system may not be the same as chopping off heads with a guillotine, it is likely to induce “empty-headed conformity,” at least among those who do not lose their jobs before adapting.

“Isn’t it ironic that in the pursuit of justice, we so often undermine it?” he muses. “KSU’s current P.C. initiative may have been launched with the best of intentions; nonetheless it has the potential for the worst imaginable outcomes.”

“I will provide an entire box of pacifiers in blue and pink in case they need some comfort," he added sarcastically. "I don't know what I'll do if blue and pink are not sufficient."