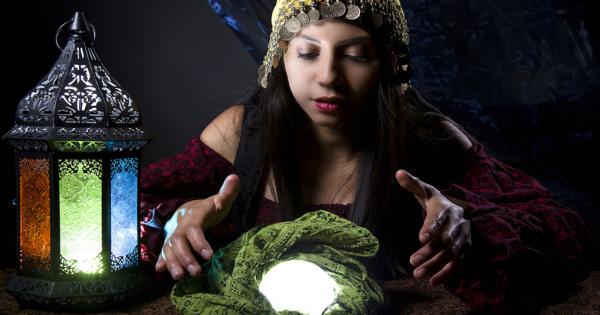 The University of Wisconsin-La Crosse is holding an event Wednesday night to help students determine whether their Halloween costumes might be offensive.

The event, which is being hosted by the Department of Ethics and Racial Studies, comes in the wake of an internal report revealing that incidents as innocuous as a Christian student group displaying a crucifix on a poster have been investigated by the school’s “Hate Response Team.”

The event “is a presentation that explores how Halloween costumes may be understood by others as racist.”

Dr. Timothy B. Gongaware, Interim Chair of the Department of Ethics and Racial Studies, told Campus Reform that the event “is a presentation that explores how Halloween costumes may be understood by others as racist,” noting that although there is no standard definition of “racism” set by the university, the information covered in the presentation is drawn from scientific research on what people are likely to perceive as racist.

One of the missions of the University is to foster curiosity, he explained, saying the forum gives people the opportunity to ask questions and explore this topic, if they so desire, but also stressing that it is purely informational and entirely voluntary, and that there will be no university regulations regarding costumes on campus.

“This particular event reflects our university’s stated values of diversity, equity, and inclusion of all people and perspectives by providing the audience with an opportunity to consider the possible effects of actions, or the actions [and] reactions of others,” Gongaware said.

Gongaware conceded that UW-L has not received any complaints regarding Halloween costumes, as far as he knows, but explained that his department decided to organize the event because Halloween costumes have become a contentious issue on college campuses in recent years.

Indeed, many schools have begun undertaking similar “educational” initiatives geared toward dissuading students from donning provocative duds for the holiday.

The student government at Penn State University, for instance, recently approved a campaign to hang posters on campus and near the university urging students to avoid costumes evoking cultural stereotypes.

An email featuring a similar message was sent out to Yale University students last year, prompting a firestorm on campus when one administrator countered with an email of her own defending the right of students to be “a little bit offensive” in their exercise of free speech, and urging them to handle such issues through dialogue rather than censorship.

Many students reacted to the missive with outrage, even cornering the administrator’s husband on campus to berate him for supporting his wife, and both administrators eventually decided to step down rather than continue facing such hostility.

Recently, with the media and with social media, students who wear costumes that others deem offensive have attracted a lot of attention that he does not want on the university or on the students, he said.

“To help those who might want to avoid that kind of attention, they need to know what it is that others are responding to and why,” Gongaware said. “Having that information may help them as they are making their own choices about what costumes they want to wear.”

He noted that some reports have distorted the nature of the event by suggesting that the university will be reviewing students’ Halloween costumes, but insisted that this is not the case, asserting that students will simply be free to ask for an opinion on whether their costume could be deemed offensive.

Even so, Ben Stelter, chair of the UW-L College Republicans chapter, dismissed the costume dialogue as little more than a stunt, predicting that it would have little real impact on race relations on campus.

“This event does nothing to further the dialogue on our campus about issues of race,” Stelter told Campus Reform. “UW-La Crosse should be leading the way by tackling the real issues that have contributed to the growing racial divide in our country. Instead, our campus is choosing to focus on petty things, like Halloween costumes.”