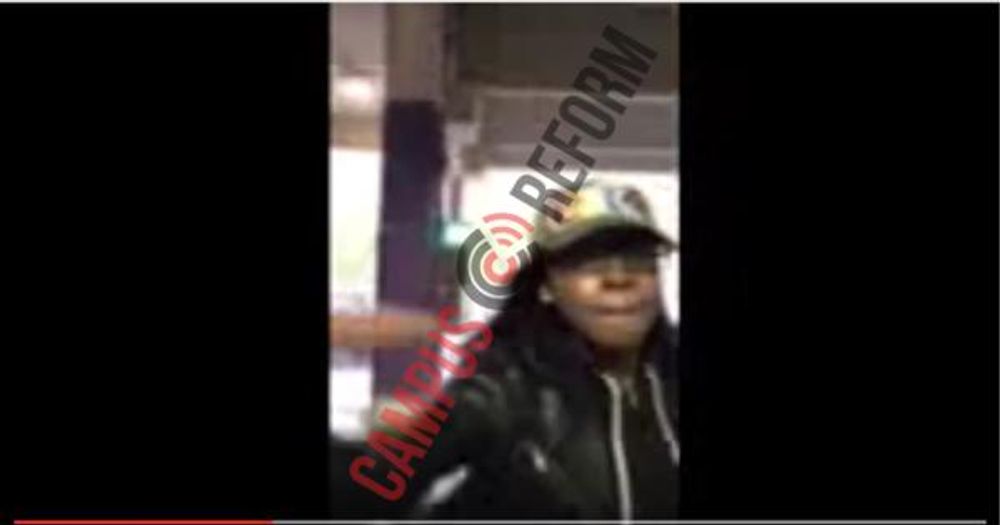 A police report of the incident obtained by Campus Reform indicates that Gary Collins, who currently serves as the Baltimore City co-chair for the Maryland Trump Campaign, was approached by a Towson student in the Glen Garage parking lot, where she punched Collins in the face and called him a “racist piece of shit” for sporting a “Make America Great Again” hat.

Collins, naturally, began to film the altercation, but his phone was later stolen by the student, who deleted most of the videos he had captured, the police report explains.

One video, however, was retrieved, showing the student swinging at Collins and berating him for having the audacity to record the incident and stating she would “break your phone” if he continued to record.

The police report notes that she “immediately slapped him in his face” after he began recording, confirming that she was successful “in assaulting Mr. Collins and taking the phone away from him” while asserting that “Donald Trump is a racist piece of shit just like you” and berating Collins as a “stupid, short little white boy that [sic] is nothing more than a pussy.”

Collins explained to Campus Reform that the incident was completely unprovoked, saying he was simply paying for a parking meter near an early voter location on campus at which he was scheduled to help out when he was approached by the student.

The police report explains that he was continually followed by the student while attempting to reach his destination, throughout which she allegedly called him names such as “racist, trashy, and a little bitch.”

According to the report, the student, Aeesha Deen Kamar, actually repeatedly hit Collins, stating that “throughout the physical altercation she grabbed, punched, and physically challenged” him.

Indeed, the report confirms that Kamar admitted to the behavior, albeit not the spitting, and confessed to hitting Collins and stealing his phone, which Collins later confirmed with Campus Reform resulted in her arrest.

Campus Reform reached out to Towson for comment on the matter but the school said that since “this incident is now a matter for the Maryland judicial system to resolve” the school “has no comment at this time.”