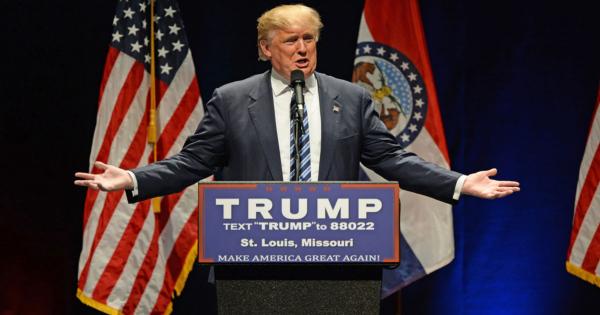 The president of the American Association of University Professors has publicly denounced the election of Donald Trump as the “greatest threat to academic freedom since the McCarthy period.”

In a statement published the morning after election night, AAUP’s president, Rudy Fichtenbaum, acknowledges that her nonprofit has “never endorsed or supported a candidate for president of the United States” or “engaged in partisan political activity on the national level.”

“[Trump's] election...may be the greatest threat to academic freedom since the McCarthy period.”

She went on, however, to explain that it “would be foolish” to “deny that most college and university faculty members did not support the election of Donald Trump.”

“Many no doubt fear that his election threatens some of the core institutions of our democracy and may be the greatest threat to academic freedom since the McCarthy period,” she speculates, arguing that “Trump’s campaign has already threatened academic freedom.”

To support that assertion, she provides a list of Trump’s alleged policy proposals that she thinks would directly or indirectly threaten academic freedom, saying his call for an “ideological screening test for admission to the United States could make it difficult for universities to attract students” from other countries and would hinder the “international exchange of ideas.”

She then complains that “Trump has vowed to appoint Supreme Court justices like Antonin Scalia, who would cripple public employee unions by overturning their established right to collect fees from nonmembers they must serve,” later vowing that her organization will “oppose attacks on unions.”

Additionally, Fichtenbaum calls Trump’s apparent “denial of climate change” and thus “the validity of science itself” an assault on “the very core of higher education’s search for knowledge.”

“As a candidate, Donald Trump did not propound clear and detailed policy proposals for higher education,” she continues, urging him to “endorse policies aimed at restoring our great higher education system as a common good for all Americans.”

Finally, she bashes Trump for the violence his on-campus rallies have allegedly incited, recounting that “students who opposed him said they were harassed or threatened.”

“We recognize that faculty members are divided by discipline, by institutional type, by employment status, as well as by race, religion, gender, and politics,” she concludes. “But now is the time for us to unite, organize, and fight, not only for ourselves but for the common good, not only by ourselves but with allies both inside and outside of academia.”