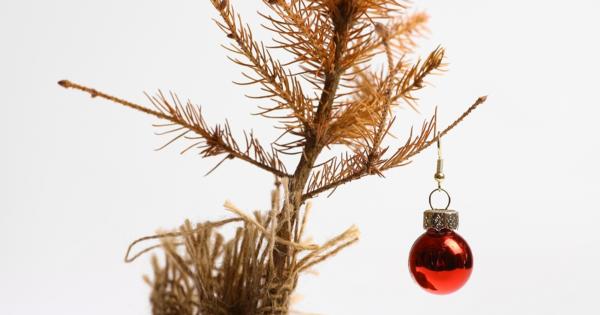 Marquette University has already conducted its annual “tree lighting” ceremony, but neglected to use the word “Christmas” anywhere in a description for the event.

In past years, however, descriptions for the same event have consistently referred to the famous holiday hardwood as a “Christmas tree,” even going so far as to call it a symbol of the “Christmas season.”

“Genuine inclusion would mean recognizing the diversity of religious beliefs and traditions.”

Indeed, in 2014, the school noted that the “Christmas tree lighting” would be an opportunity for students at the Catholic university to “celebrate the start of Advent,” adding that there would even be a “blessing” of the tree.

Announcements for the 2013, 2009, and 2007 tree lightings also use the word “Christmas” at least once—in addition to noting that there would be a “blessing” of the tree presided over by the school’s president, who until 2014 was a Catholic priest.

Now, however, the announcement for the annual event at the prestigious Catholic institution makes no mention of “Christmas,” “Advent,” or a “blessing,” instead advertising a “reception” with “musical performances, crafts, and snacks.” 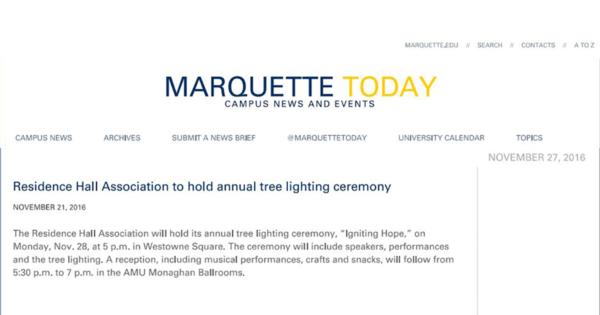 Mary Janz, Executive Director of Housing and Residence Life, defended the omission, telling Campus Reform that posters advertising the event on campus do make use of the word “Christmas,” and that a copy of that poster can be found on the Residence Hall Association’s Facebook page. 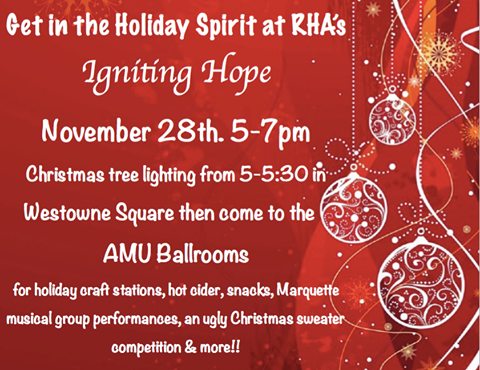 Janz did not, however, address claims that certain Christian terms that had been present in descriptions for the event in years past, such as “Advent” and “blessing,” are now missing from this year’s advertisements.

Notably, a professor at Marquette University, John McAdams, explains in a blog post on the matter that such a practice “is not inclusive, but rather exclusionary.”

“Genuine inclusion would mean recognizing the diversity of religious beliefs and traditions. The National Menorah, on public property just south of the White House, is an example,” he argues. “If Muslim students at Marquette wanted to stage events to celebrate Ramadan they would certainly be allowed to by Marquette.”

Similarly, other schools such as Columbia University and Boise State University have elected to omit the word “Christmas” from their annual festivities, with other explicitly Christian schools like Valparaiso University following suit.