AU students demand Trustee be fired for meeting with Trump 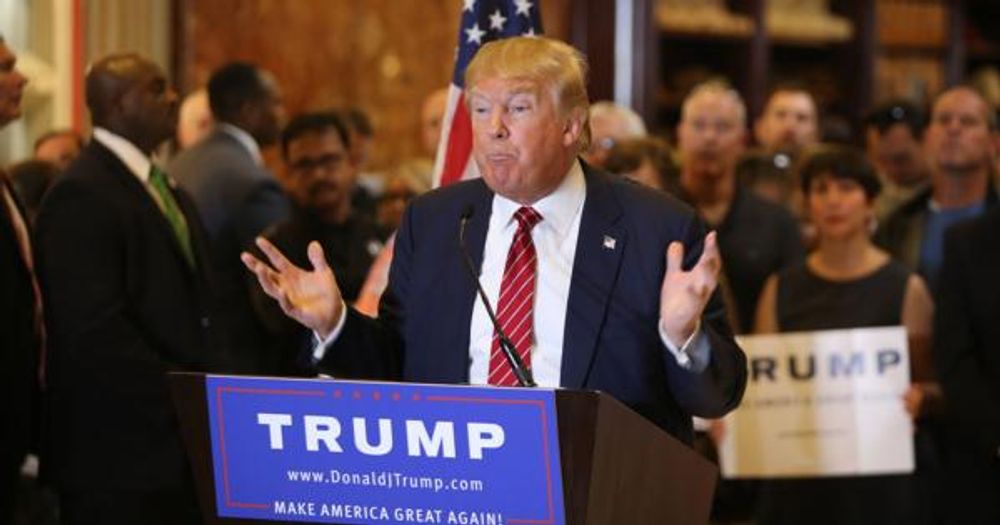 A group of American University students protested Wednesday to demand the firing of a Board of Trustees member, simply for meeting with Donald Trump.

Gary Cohn, President of Goldman Sachs, serves as the chair of the Board’s Finance and Investment Committee. He is reportedly under consideration for Energy Secretary under the Trump administration, and met with the president-elect on November 28.

AU’s Community Action and Social Justice Coalition student group promptly responded by organizing a “Dump Trump. Fire Cohn” demonstration the very next afternoon, arguing that anyone willing to have a one-on-one conversation with Trump should not be eligible to vote on matters that are important to progressive students.

“Cohn, as a member of the board[,] has voting power to influence our tuition, our status as a sanctuary campus, and whether our [sic] not we divest from fossil fuels and other oppressive industries,” the group states in the Facebook event description.

“Trump, [t]hroughout his campaign[,] has inspired hate that threatens the immediate safety of many in the AU community,” it continues feverishly, noting that “He has vowed to create a Muslim registry, bragged about sexual assault, mocked the disabled community, threatened to deport millions of undocumented Americans, [and] promised to militarize the police and to gut programs that support millions of working Americans.”

[RELATED: Profs cancel classes to ‘cope’ with ‘anxiety and terror’ of Trump win]

“We, the students of AU, will not let a man who endorses Donald Trump's hateful agenda remain in a position of leadership at our University,” the group declares. “There’s no place for Trump’s hate at American University, or on its Board of Trustees. Gary Cohn has already proven himself a special interest beholden to Wall Street and Big Oil—not the AU community.”

A video of the demonstration shows protesters chanting slogans like “Hey hey, ho ho, these crooked execs have got to go” and “Who’s running our school? Goldman Sachs!” before marching to AU President Cornelius Kerwin’s house with a letter demanding Cohn’s resignation from the Board of Trustees.

The AU College Republicans chapter condemned the protests in a statement, saying its members “denounce any action that would assail an upstanding member of our community, Trustee Gary Cohn, for simply meeting with the President- Elect of the United States,” and adding that “it is nonensical to pressure a highly talented board member to resign after having dinner with the President-elect of our nation.”

While the club applauded CASJ for keeping its protest peaceful, the letter argues that “it stifles political debate, free association, and the basis of an active citizenry to seek retribution against Mr. Cohn for meeting with the President- elect of the United States.”

Comments flooded the event page, many of them mocking the objections outlined by CASJ as an example of liberal intolerance.

“Will there be a protected section/safe space provided for me to cry in if I either get upset or hear something I don't agree with?” one commenter asked facetiously.

“Support for a Presidential candidate—regardless of who that candidate may be—does not merit, and should never merit, his resignation from this school,” contended another. “If we were to ask for resignations from every Trump supporter who works for our university, we would be depriving ourselves of the conflicting perspectives, opinions, and ideas that we as students need to learn.”

American University students have not been shy about expressing their distaste for Trump in other ways, either.

On the day after Trump’s election, for instance, students gathered on campus to protest the result, repeatedly burning American flags in the process, and shortly thereafter, a number of them earnestly declared their preference for Fidel Castro over Trump.

Prior to election day, moreover, AU’s student body president even expressed support for the idea of mandatory trigger warnings in all classes, though he was quickly forced to walk back his comments.