U of I students chastise campus cops for finding stolen phone 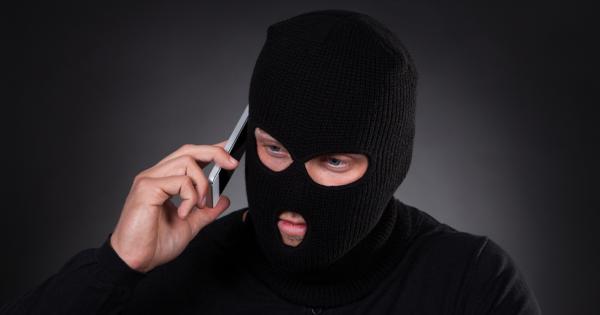 The University of Illinois Student Senate passed a resolution Monday calling for a review of campus police to ensure officers do not frighten students by doing their jobs.

According to The News-Gazette, police officers entered the classroom of an African-American studies seminar in October to inquire about a stolen cell phone that had been tracked to the location, prompting the professor leading the course to exclaim after the fact that “lots of people on campus, lots of people of color, are scared.”

“This was not a conspiracy by THE MAN.”

The professor, Erik McDuffie, even compared the incident to the numerous shootings of African-American men across the country, stating that “the incident terrified me and it terrified my students.”

Now, after innumerable debates over the issue, the Student Senate has voted 91-17 in favor of a resolution demanding a review of “best practices” for police officers moving forward.

The News-Gazette reports that the resolution will require the school to review current practices followed by police officers when entering classrooms and “other spaces of education and student life in non-emergency circumstances,” noting that officers need to take “into consideration histories and ongoing issues of racial profiling on campus.”

A closer look at the matter, however, reveals that officers had traced the cellphone to the classroom, thus knowing with near certainty that the phone could be recovered from the classroom, and even then refrained from entering the classroom until they had McDuffie’s permission.

The police report further indicates that the responsible party even admitted to purchasing the stolen phone from a friend at a reduced price, confessing to the police that he “knew the cellphone was stolen” and “knew it was wrong.”

Accordingly, the officers let the student off without arresting or criminally charging him, but the report notes that McDuffie continued to characterize the event as a “racial encounter,” telling one officer that his “presence created an atmosphere of fear” and claiming that the situation “would have been handled differently” if the student were white.

“There are white college students all over this campus using drugs and underage drinking and the police came to my classroom to get a cellphone,” McDuffie reportedly continued, ridiculing the police for not being “more focused on things like that.”

One of the officers in the report, though, noted that the culprit “relayed to us he learned from this encounter and expressed to [the officer] that he did not feel disrespected or stereotyped as criminal.”

Nonetheless, the officers recount that McDuffie “acted as though this situation did not have a real victim,” even expressing sympathy for the perpetrator.

“We (police) did not just randomly appear and systematically target” the student, one officer recalls telling McDuffie, adding, “This was not a conspiracy by THE MAN.”

McDuffie eventually “dismissed his classroom because he was concerned for the safety of his students,” to which one officer replied by asking incredulously whether he was “serious,” saying, “why would you do that?

“I expressed to him I felt his actions were not those of a responsible educator,” the officer explained. “I made it clear to Mr. McDuffie I felt the narrative he was trying to create, whether he indirectly implied it or directly expressed to his students, did not bare truth and it was reckless.”