U of Washington offers social justice workshops for librarians 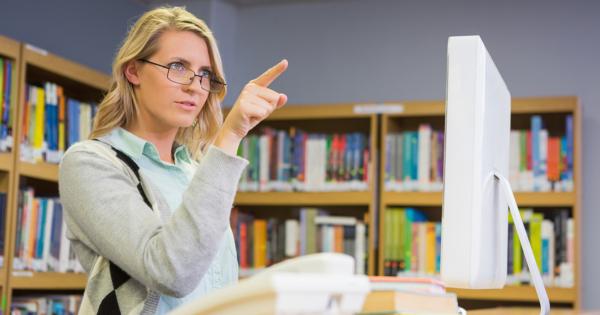 The University of Washington-Bothell is offering its librarians social justice training to “interrupt acts of oppression,” such as when a male coworker speaks condescendingly to a female.

According to the UW library website, the Equity, Diversity, and Social Justice Team offers six different workshops for librarians, including “Interrupting Microaggressions,” “Intersectionality,” and “Privilege.”

“No one is trying to make you feel bad. In fact it’s the exact opposite!”

During the “Interrupting Microaggressions” workshop, librarians are taught how to “interrupt oppressive situations,” and are provided with a scenario worksheet so that they can practice responses.

One scenario given to workshop attendees describes a female coworker asking for help from a male coworker when she realizes the male coworker is talking in a condescending manner.

“You’re having trouble with creating a report in Alma and a male colleague happens to walk by you at that time,” the scenario begins. “You ask him if he knows how to use this particular function in Alma. He says ‘Why, yes.’ Then he proceeds to slowly explain how to create the report in Alma. The way he is speaking immediately begins to feel condescending to you.”

After presenting the hypothetical situation, the worksheet asks participants to discuss how power and privilege were at play and whether there was a microaggression present, before deciding how to respond to the mock situation.

[RELATED: ‘Privilege Board’ gets prominent placement at App State]

A separate library training, called “Privilege,” which defines the concept as “a set of unearned benefits possessed by people who fit into specific social groups based on particular aspects of identity,” though it assures workshop attendees that privilege is not a reason to feel guilty.

“No one is trying to make you feel bad. In fact it’s the exact opposite!” a workshop handout exclaims. “The goal is to get you thinking about how who you are influences what you do and don’t experience so you can better support others who face inequalities that you don’t.”

A training on “Interrupting” makes sure that librarians know how to properly apologize to people if they accidentally offend them.

Suggesting that someone is being oversensitive or that they need to learn to take a joke are among the examples of “bad” apologies, while a good apology might be, “Thank you for sharing your experience, and bringing it to my attention.”

Still another workshop handout encourages librarians to correct students who use the term “illegal immigrants,” explaining that the term “illegal” is dehumanizing and should be replaced with “undocumented.”

While UW told Campus Reform that the workshops are not mandatory, at least one of the resource materials describes a workshop as “all-staff.”